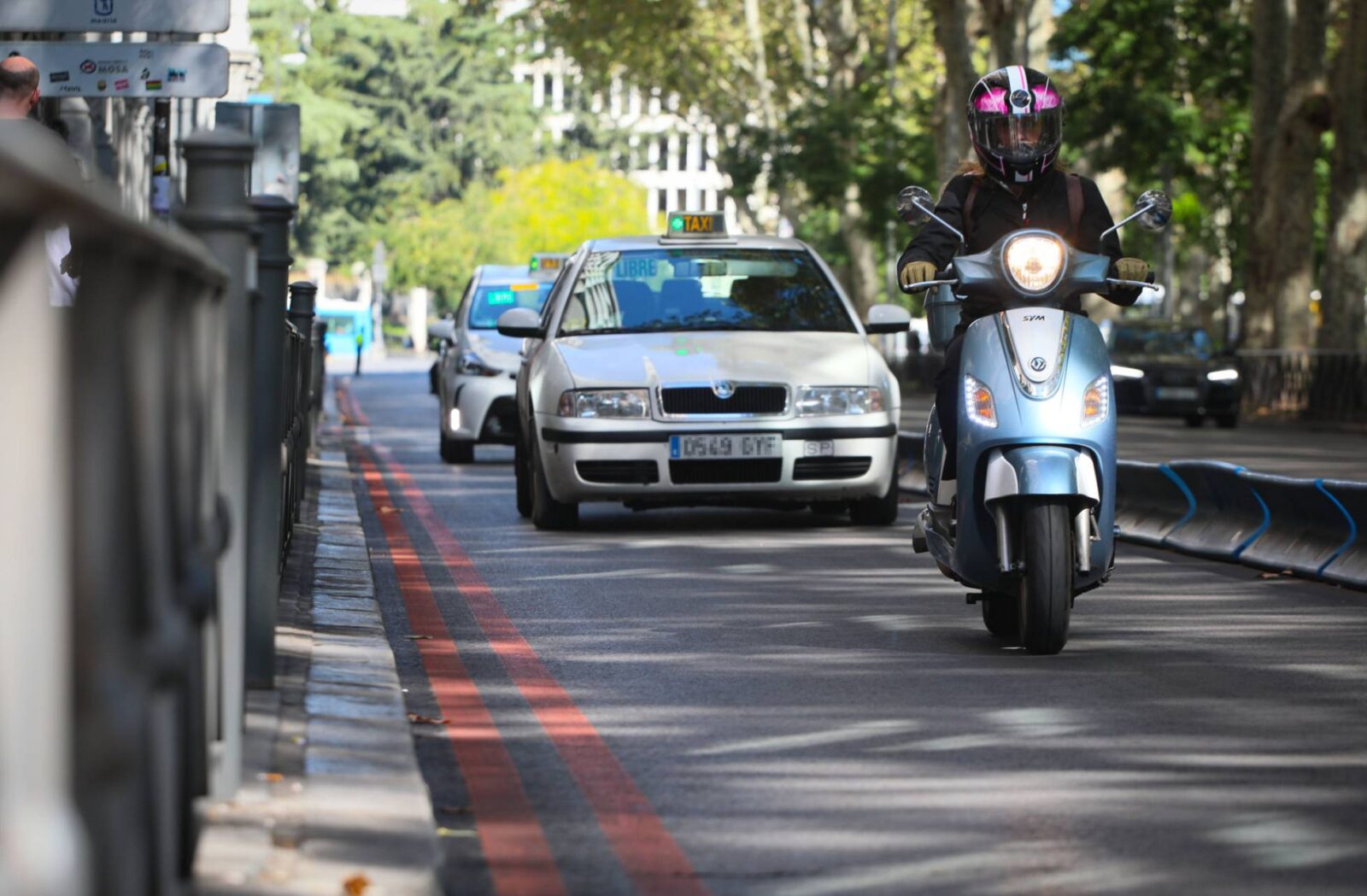 City Hall is about to approve a raft of new regulations, that will cover electric scooters, pedestrians, motorbike parking and bicycles

Madrid City Council is set to approve a new Sustainable Mobility Ordinance that will change the way residents move around public spaces.

The new measures, which will take effect between five and 15 days after the council approves them on Friday, introduce a speed limit of 30km/h on all one-way streets and on single-lane two-way streets.

Under the new rules, motorcycles will not be allowed to park on sidewalks less than three meters wide or near pedestrian crossings. Bicycles will be able to make right turns at red lights where indicated. And new traffic restrictions will go into effect in the downtown area on November 23.

The ordinance may still be partially amended before passage on Friday, but here are some of its key components.

Besides the 30km/h limit on one-way streets and single-lane two-way streets, the city will slow traffic down to 20km/h on streets where the sidewalk is not elevated above road level, such as in the neighborhoods of Lavapiés and Chueca. The 30km/h rule will affect 80% of Madrid’s streets – not just in the downtown area. These measures aim to increase road safety and reduce the chance of accidents involving pedestrians.

The spirit of the new ordinance is to favor sustainable mobility. New signs will indicate the presence of “Zonas 30,” where pedestrians may cross the street at any spot after checking that they are not running a risk or slowing down traffic. And in “Calles 20,” pedestrians will have priority over vehicles. The city is also planning to roll out more traffic lights with incorporated cameras, and to designate “pedestrian special protection spaces” where neither motorcycles nor bicycles will be allowed to park.

Bicycles will be able to turn right on a red light where so indicated. They may also move against the traffic on residential streets with speed limits of 20km/h or under, and on shared-use lanes. The 30km/h speed limit on many streets also seeks to favor shared road space between motorists and cyclists. The latter will also be allowed to lock their bikes to street furniture as long as they don’t block the way for pedestrians.

Until now, motorcycles could be freely parked on sidewalks. The new rules will prohibit this on sidewalks under three meters wide, and less than five meters from a pedestrian crossing. Motorcycles will also have to be more than two meters away from bus stops. On the other hand, there is now twice as much dedicated parking space for motorcycles in the Centro district

The newest element in the new regulations is Madrid Central, a restricted traffic area that will apply to most of the city’s Centro district starting on November 23. Residents may enter the area in their vehicles but only park in their own neighborhood. Occasional visitors may be allowed in by residents. Non-residents whose vehicles hold CERO and ECO energy labels may also enter the area. And those with B or C energy labels may only enter to park in a private or public parking lot, not in the street. Exceptions will also be made for people with reduced mobility, ambulances, taxis, private-hire cars and delivery vans. Electric vehicles will also be allowed into Madrid Centro.