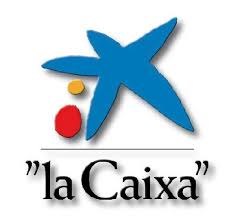 Spain’s High Court will investigate Caixabank (CABK.MC) for alleged irregular practices surrounding its 2017 purchase of Portugal’s Banco BPI, court documents showed on Thursday, after a lawsuit was brought against the Barcelona-based lender by two shareholders.

A Caixabank spokesman said all operations related to the purchase of Banco BPI (BBPI.LS) were “carried out strictly in line with legal requirements and submitted to disclosure to or authorisation by the relevant regulators”.

Caixabank launched its first bid for BPI in 2015 at 1.329 euros per share, but opposition by some shareholders, notably Angolan investor Isabel dos Santos, forced it to withdraw, only to make a lower final offer of 1.134 euros a share.

The takeover took nearly two years to complete and was designed to boost Caixabank revenues outside Spain.

The lawsuit was brought by two shareholders, the court said in a statement, without clarifying whether they were Caixabank or BPI shareholders. A court spokesman could not clarify the status of the shareholders on Thursday.

Under Spanish law, magistrates open an investigation to decide whether there is a case before opening any trial.