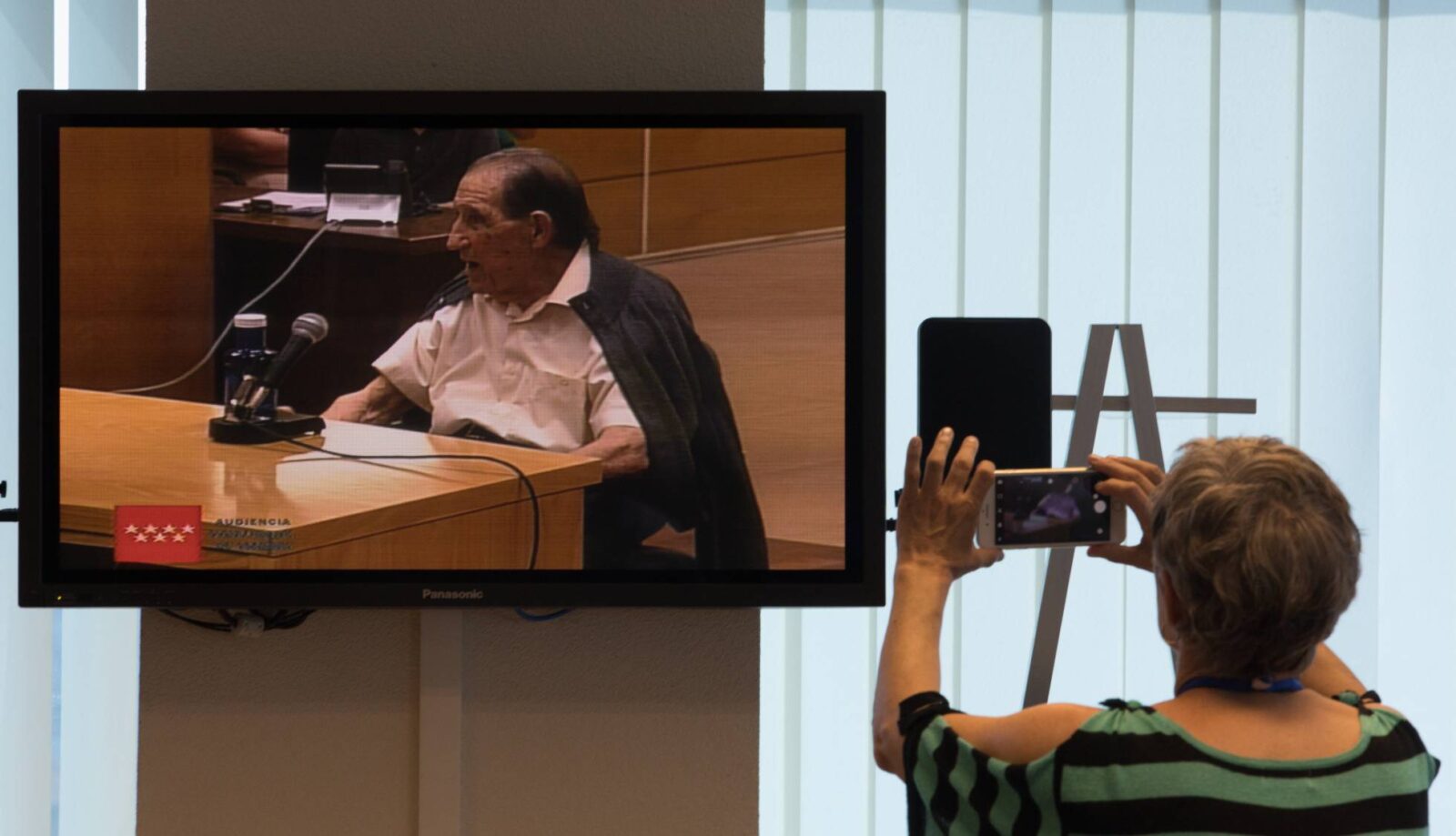 Madrid court has ruled that the statute of limitations has expired in case of Eduardo Vela, who was facing up to 13 years in jail for trafficking children during the Franco regime

The Madrid High Court today announced that it had found the retired Spanish doctor Eduardo Vela, 85, the perpetrator of the three offenses of which he had been accused in Spain’s first “stolen baby” trial related: illegal detention, and falsifying childbirth records and other official documents. However, he will not be sentenced for the crimes given that the court ruled that the offenses had exceeded the statute of limitations when the claimant, Inés Madrigal, turned 18.

Vela was facing 11 years in jail for the three offenses, with the public prosecutor also calling for compensation of €150,000 to be paid to Madrigal. The sentence backs her claim that she had been stolen from her real parents in 1969, and given to another family. Madrigal had called for 13 years in jail for the former doctor and no compensation. “I’m not interested in the money or for Vela to go to jail,” she said after the last session of the trial. “I want this to serve for other closed cases to be reopened.”

In recent years it has emerged that during the dictatorship of Francisco Franco, a network of nuns and doctors at certain hospitals had taken babies from poor families or single mothers and given them to wealthy parents unable to conceive

In today’s ruling, the judges found that it has been “proved beyond doubt” that Dr Vela – who at the time of Madrigal’s birth was working as a gynecologist and medical director at a Madrid hospital – handed her over to married couple Inés Pérez Pérez and Pablo Madrigal Revilla.

Vela was proven to have faked “a birth that did not take place,” establishing a “bogus parentage,” without “any proof that he had previously sought consent from, nor informed, the parents of the newborn baby.”

According to the ruling, Vela was responsible for the “bogus certification of the supposed childbirth of Inés Pérez Pérez, knowing that it had not taken place.”

Around 1,500 cases of suspected stolen babies have been reported in Spain as part of a scheme that is thought to have spanned decades. Most have been shelved due to the time that has elapsed since the incidents in question.

Vela used to work at a Madrid clinic called San Ramón, which is at the center of the scandal. His top aide was a nun named María Gómez Valbuena, who died four days after being summoned to testify in court.

The former head of the San Ramón clinic had tried to delay his court date for as long as possible, alleging health issues. But a forensic expert sent to examine him declared Vela fit to stand trial.

Madrigal said in court that she began researching her own origins after reading an article in EL PAÍS about stolen babies at San Ramón clinic. She had known since the age of 18 that she was adopted, but she believed that her biological mother had given her up for adoption because she lacked the means to take care of her.

Her adoptive mother, Inés Pérez, was told that the baby had been born to a woman who had an extra-marital affair while her husband was away. Pérez herself had been married for 19 years, but the couple had been unable to produce any children.

Madrigal’s is the first case to reach the courts. She provided DNA evidence that Inés Pérez is not her biological mother, and a birth certificate signed by Vela stating that she is. Then she filed a complaint against her adoptive mother to help the court case along.

“I told her, ‘I’m going to have to report you, mom.’ She understood that it was the best way to help me, and we agreed that if she ever changed her mind, I would drop the complaint,” says Madrigal.

Inés Pérez passed away in December 2016, at age 93. “She never believed that women had been lied to, or that babies were stolen, but she wanted to help me find my origins. She was told that the biological mother was a married woman who’d had an affair.”

Speaking earlier this year, Madrigal admitted that while she would like to see Vela convicted, she has no particular desire to see him behind bars. “What I would like is for him to tell the truth, so that those mothers can tell their children, ‘I did not abandon you’ and for those children to know that they were not abandoned.”