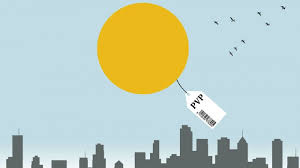 Utility boards will not be allowed to cut off the power due to non-payment in households with children, and former president Mariano Rajoy’s famous ‘tax on the sun’ will be axed, according to the text of a new Royal Decree, or Bill of Law, approved in Parliament today (Friday).

Electricity boards will be required to make bills easier to understand and to state on them how customers can reduce their costs.

Door-to-door sales persons trying to convince householders to sign up to new electricity and gas companies will be banned.

The new law seeks to soften the blow to customers in light of energy prices in the wholesale market having shot up, particularly as the coldest months of the year are now on the horizon.

Already, the tax on electricity generation has been reduced to zero from 7%, which will reduce bills by around 4%, and will be reviewed in six months’ time.

Discounts for low-income customers have been raised to 15%, and will be complemented with a ‘heating bonus’ paid directly to those already in receipt of electricity price reductions due to their household earnings being below the minimum wage.

The heating allowance will be tailored according to customers’ ‘level of vulnerability’ in financial and other terms – such as health conditions or disability – and also to average temperatures in their part of Spain.

Whilst no heating on the Mediterranean coast can be extremely uncomfortable for two or three months of the year, for those living further inland, especially in northern and central parts, it can be life-threatening as daytime temperatures in winter plummet to two figures below zero – and winters tend to last longer in these parts.

The allowance will apply to all households who are in receipt of income-related energy discounts as at New Year’s Eve, and to anyone else who applies for it and is found to be eligible before that date.

Single parents are now included automatically in the description of those who are likely to be eligible.

Power suppliers cannot cut off the electricity or gas due to non-payment in any household subject to the ‘poverty discount’, nor in any home where children under 16, persons registered as ‘dependent’, or with a disability of at least 33% are living.

After surveys showed that up to two-thirds of customers do not understand their electricity bills, companies will now be required to simplify them – including drawing attention to ‘factors as obvious and as necessary as the effect of a given tariff, the difference between using electricity at certain times of day or any other aspect that could reduce the cost’, the government says.

Fraudulent practices by power companies, or those which ‘weaken consumers’ position’ will be subject to fines and other disciplinary measures.

This means no more door-to-door selling – something that has led to many customers switching suppliers without realising, or being talked into doing so with non-existent discounts and benefits which they are told are only available on that day and require an instant signature.

Householders who have attempted to check up on whether sales persons are genuine by phoning the electricity board in question usually end up speaking to a call centre in Latin America where operators are unable to verify the situation.

The only time door-to-door selling is permitted is when a householder expressly requests a visit.

Digital meters will be able to be adjusted more accurately to real consumption, in multiples of 0.1 kW, rather than, as at present, multiples of 1.1 kW.

Energy transition minister Teresa Ribera says the so-called ‘tax on the sun’ has now been axed.

“This country is finally free of an absurd concept that has made us a laughing stock in other nations for the last three years,” Sra Ribera says.

“We just have to accept the reality of non-conventional consumers and producers, and anyone is now free to generate their own power without cost.”

Shared self-powering is now allowed, such as neighbours going halves on solar panels to serve both properties, and the paper-trail for households and small businesses wanting to go off-grid will now become much simpler, Sra Ribera says.