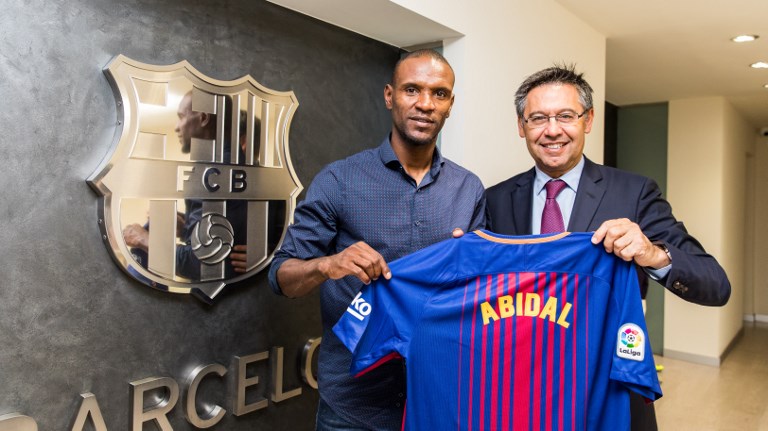 A Spanish court has rejected re-opening a probe into the 2012 liver transplant of FC Barcelona’s sporting director Eric Abidal as asked by prosecutors due to a lack of fresh evidence, it said on Friday.
Prosecutors in July asked for an investigation into allegations the football club illegally bought a liver transplant for their cancer-stricken ex-player be reopened after a court filed the case for lack of evidence.
They also asked a judge to order Abidal’s cousin to undergo a medical probe to prove he donated part of his liver to the former player to treat his cancer.
In the ruling, the judge at the Barcelona court justified her denial to re-open the case by an absence of “any new evidence.” She added it was impossible to order Abidal’s cousin Gerard Armand, who lives in France, to undergo a medical probe.
According to the judge, those who “sell” organs cannot be prosecuted under French law, which means Armand cannot be forced to take a medical test and can only volunteer.
Prosecutors had asked for the case to be re-opened after online newspaper El Confidencial reported that wiretaps from a probe into corruption involving then-Barcelona president Sandro Rosell indicated the club may have illegally procured Abidal’s transplant.
Abidal has always maintained his cousin was the donor, and Armand says he received no money for the transplant. FC Barcelona, Abidal, Rosell and Spain’s National Transplant Organisation have always denied anything illegal took place.