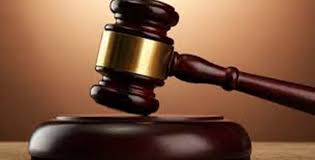 The verdict in Spain’s first trial linked to thousands of suspected cases of babies stolen from their mothers during and after Francisco Franco’s dictatorship is due on Monday.

Prosecutors want former gynaecologist Eduardo Vela, 85, to be jailed for 11 years for what they say is his part in the baby trafficking.

Vela, who worked at the now-defunct San Ramon clinic in Madrid, is accused of having taken Ines Madrigal in 1969 from her biological mother. Madrigal is now aged 49.

The doctor allegedly then gave her to another woman who was unable to have children, who raised her and was falsely certified as her birth mother.

During questioning, Vela said he could not remember details of how his clinic operated and said the signature on Madrigal’s birth certificate was not his.

A policeman who probed the case and was questioned during the trial says the clinic was a centre for baby trafficking.

Vela is the first suspect to stand trial for the baby-stealing practice that began after Franco came to power following the 1936-39 civil war.

Initially, newborns were taken from mothers opposed to the regime.

Later, the practice was expanded to illegitimate babies and those from poor families.

Taken from their mothers after birth they were declared dead without any evidence being provided, then adopted by sterile couples often close to the regime. The Catholic Church sometimes facilitated the process.

Even after Spain transitioned to democracy following Franco’s death in 1975, the lucrative practice went on as an illegal trafficking network, up to at least 1987.

Activists say around 2,000 similar cases dating back to Franco’s dictatorship have failed to make it to court in Spain because of a lack of evidence or because the time limit to file charges has passed.