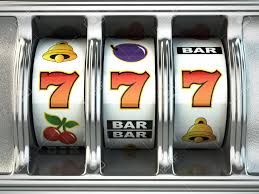 National Police based in Alicante have arrested a man who allegedly falsely obtained more than €2,000 from a slot machine.

According to reports, he manipulated part of the machine’s mechanism so that every time he put a note in the machine to obtain credits, he was able to retrieve the note.

It is understood that the man detained was a regular visitor to the place that had the machine, and it wasn’t until the owners noticed that there was a ‘missing’ €2,600 that their suspicions were raised.

They then checked the CCTV cameras and quickly noticed that this one particular customer always carried out a number of ‘strange manoeuvres’ whenever he played the machine that had recorded the discrepancy.

It was discovered that he was able to win three major prizes of €1,000, €850 and €200 with this method, and so the next time he arrived the owner called the National Police who promptly arrested him.