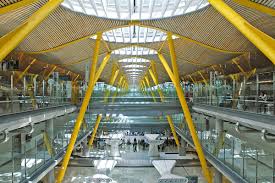 A man suspected of being the head of a dangerous criminal group in Portugal and who was supposed to be under house arrest in this country, has been detained at Madrid airport.

He was captured at the main airport in Madrid as he prepared to flee to Brazil and has been handed over to national authorities.

The Judiciary Police (PJ), which today released the information in a statement, said that the 36-year-old man of Brazilian nationality has now been subjected by a Portuguese investigating judge to the most serious coercion measure, preventive.

According to PJ, the man now captured was a criminal group that was dismantled in July and was “responsible for violent crimes involving property transport vans and other crimes against property in the north of the country.”