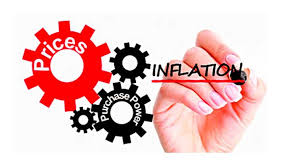 Spanish consumer prices rose more than expected in September driven by an increase in the cost of electricity, heating oil and gas, official data showed on Thursday.

National consumer prices rose 2.3 percent year-on-year in September, according to data from the National Statistics Institute, compared to 2.2 percent recorded in August and forecast in a Reuters poll.

Spanish European Union-harmonised prices rose 2.3 percent from a year earlier, up from 2.2 percent in August and Reuters forecast. Core inflation, which strips out volatile food and energy prices, was 0.8 percent year on year, unchanged from a month earlier.

Food and non-alcoholic drinks prices rose at a slower pace in September compared to last year, as did transport costs due to a slowdown in fuel price inflation.

The ECB is expected to begin talks on the timing of interest rate hikes at the start of next year as euro zone inflation moves closer to the central bank’s target of at, or near to, 2 percent.