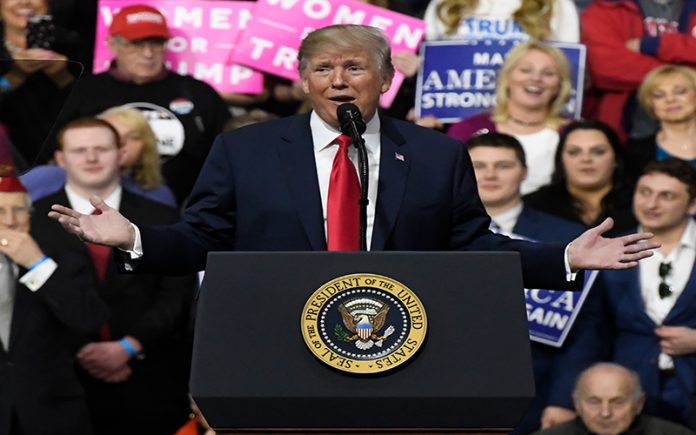 SPAIN leads the world in opposition to United States (US) President Donald Trump, according to a study from the country.

The Pew Research Centre’s report on opinions about the divisive President in 25 countries placed Spain at the bottom of rankings of in terms of trust.

A total of 7 per cent of people in Spain, or almost one in 20, said they did trust the President to do the right thing regarding world affairs. France came second in Europe with nine per cent, followed by Germany at 10 per cent.

The centre said in a statement that the US’s global image had “plummeted” following Trump’s election to the presidency.

“Now, as the second anniversary of Trump’s election approaches, this new survey finds that Trump’s international image remains poor, while ratings for the United States are much lower than during Barack Obama’s presidency,” the centre said.

The report found that a large amount of Spaniards continued to view the US favourably, but not the majority.

A total of 42 per cent of survey respondents said they had a favourable view of the US. Around 35 per cent said the same in 2017 compared to 59 per cent at the end Barack Obama’s presidency.

Fewer Spaniards thought that the US respects people’s personal freedoms, with 31 per cent believing it did this year.

Trump has been dogged by opposition to his Presidency at home and abroad since taking being elected in November 2016.

His nomination of Judge Brett Kavanaugh to the Supreme Court caused controversy after a former schoolmate alleged he had sexually assaulted her. Kavanaugh denies the claims.