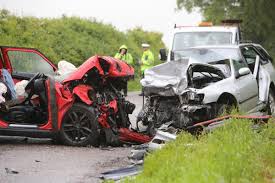 On Friday, a 24-year-old was killed when his quad bike was involved in a collision with a car on the 332 at Cullera, Valencia. The motorist received minor injuries.

On Saturday there were four crashes, in A Coruña, Avila, Navarra and Las Palmas, with six deaths.

The most serious occurred at 11.15am on the AC-556 in Valdoviño, A Coruña, in which three people lost their lives as they were travelling towards Cedeira. An investigation is underway to discover why the vehicle hit an electric pole and a concrete wall as the car was exiting the road. Two others died in accidents in Navarra and Las Palmas.

On Sunday, two 23-year-olds were killed when the car they were travelling in left the road between Pozoblanco Cordoba and Villanueva de Cordoba at 6.30pm.

And there was a further fatal crash in Valladolises, Murcia.

Prior to the weekend, the DGT anticipated 5.1 million trips on Spanish roads.