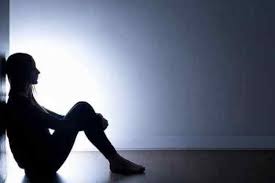 A suicide prevention plan has been put together for the National Police after it was revealed taking their own lives is the biggest cause of death among officers.

According to the Occupational Risk Prevention Service, there were 152 suicides within the force between 2000 and 2016.

The Guardia Civil has a plan in place, but this is the first of its kind within the national force.

A source claims factors such as the organisation and perception of work, the work environment, emotional demands, and shift and night work, are variables of the police profession that cause serious psychological disorders and can lead to problems.

These include post-traumatic stress, anxiety and depression, which ‘can cause sleep disturbances, alcohol and drug addiction, and may end in suicide’, it was reported.

The prevention document has been sent to the Minister of the Interior, Fernando Grande Marlaska, and to the Director General of Police, Francisco Pardo, for implementation.

It is hoped the plan will raise awareness and help identify signs prior to suicide so that a ‘therapeutic’ or treatment’ process can begin.