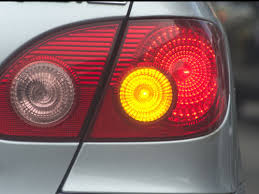 MORE than half of Spain’s drivers do not use their indicators when they overtake and two-thirds fail to do so when they return to the inside lane, says the motorways safety centre.

Research by the toll firm Abertis says 53.1% of motorists overtake on dual carriageways without telling the driver behind what they are about to do, and 67.1% do not use their indicators when they have completed the manoeuvre and pull back into the right-hand lane.

And according to the study, commissioned by the centre in Granollers (Barcelona province), the number of drivers who fail to use their indicators in each scenario has risen by 13.5% and 17.4% respectively in the last year.

Chairwoman of the motorways safety centre Cristina Zamorano warns that failure to use indicators when overtaking, turning, entering or leaving a junction or lane puts other road users in danger – and is an offence which attracts a fine of €200.

She says the survey has revealed other driving data which may be a reflection of honesty rather than motoring standards, but are still a concern: 38.1% admit to driving ‘slightly’ over the speed limit.

They include 18% of coach drivers and 36.3% of transport workers.

Sra Zamorano recalls that according to General Directorate of Traffic (DGT) statistics, speeding is a major contributor to 26% of accidents involving serious injury or death.

Only 3.4% admit to using a mobile phone whilst driving, but this means that every 20 minutes, someone on the road is on their phone – despite the fact that distractions at the wheel are the primary cause of serious injury and fatalities in highway crashes.

Abertis says the findings are based upon technical data, including measuring speeds, distances between cars, use of lanes and direct observation, not just self-report, meaning the results are objective enough to paint an accurate picture.

The study was carried out on the AP-7 motorway between Salou (Tarragona province) and Puçol (Valencia province) using a sample of 58,000 cars and vans and 11,200 lorries and buses, which Zamorano describes as a ‘consistent and major segment’.

The research therefore only applies to drivers in three provinces – Tarragona, Castellón and Valencia – in two regions, those of Catalunya and Valencia, and along one section of highway bordering the Mediterranean, so it is not likely to be a clear indication of motoring habits in Spain as a whole.

But manager for motorways in Spain Lourdes Roquet says the same study is carried out in several countries and, at the end of each year, they are all compared with each other.