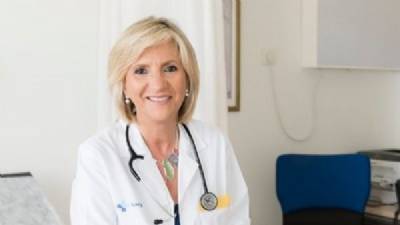 A SPANISH medic has been named the World’s Best GP in the prestigious WONCA Global Family Doctor awards.

Dr Verónica Casado is based at the Parquesol health centre in Valladolid, Castilla y León, just to the north of Madrid and was chosen by unanimous vote at the WONCA Five-Stars European Conference in Prague.

Dr Casado has been picked as top GP for Europe and Latin America combined, earning unanimous votes at the WONCA-CIMF Five-Stars conference in Cali, Colombia.

Dr Casado has been in practice for over 30 years and has extensive experience in medical teaching, contributing to and editing specialist textbooks, international cooperation, medical director, practice manager, and sub-director for healthcare planning for the national ministry of health.

She holds a PhD in medicine and surgery, completed in 1987 – two years after she started work at the Parquesol clinic, where she has been ever since.

In a post-award interview, Dr Casado admitted that life as a GP in Spain was made ‘very difficult’ during the financial crisis, and is still ‘not easy’.

Over the last decade, the health service has been ‘somewhat ill-treated’ in terms of funding, meaning that doctors ‘have to be in love with their jobs’.

“The work is hard, and sometimes you get home at night absolutely broken after some seriously tough situations,” Dr Casado admits.

“To cope with it, you need a huge amount of knowledge and skills, but also a large dose of humanity, professionalism, ethics and good communication.

“Healthcare is a bit like those human towers in Catalunya and Valencia [known as muixerangues], as in, the base, which is primary care at GP level, needs to be very, very strong to be able to support the next levels in the structure.

“Before the financial crisis, general practice only received 18% of all health service funding; since then, it has fallen to 14%; and instead of half of all doctors in the system being at GP level, as it should be, only 30% are in local practice,” Dr Casado reveals.

“GPs are not taken on to alleviate extremely long and exceptionally busy days. I have 1,600 patients on my books and, on a normal day, see between 35 and 40 of them; during peak periods, such as the annual ‘flu season, this number can rise to between 50 and 60.”

Spain’s new government, which came into power in June, has pledged to undo the funding cuts in the health service brought about by the previous PP-led cabinet, although the effects are unlikely to be seen until next year when fresh funding is available in the budget.