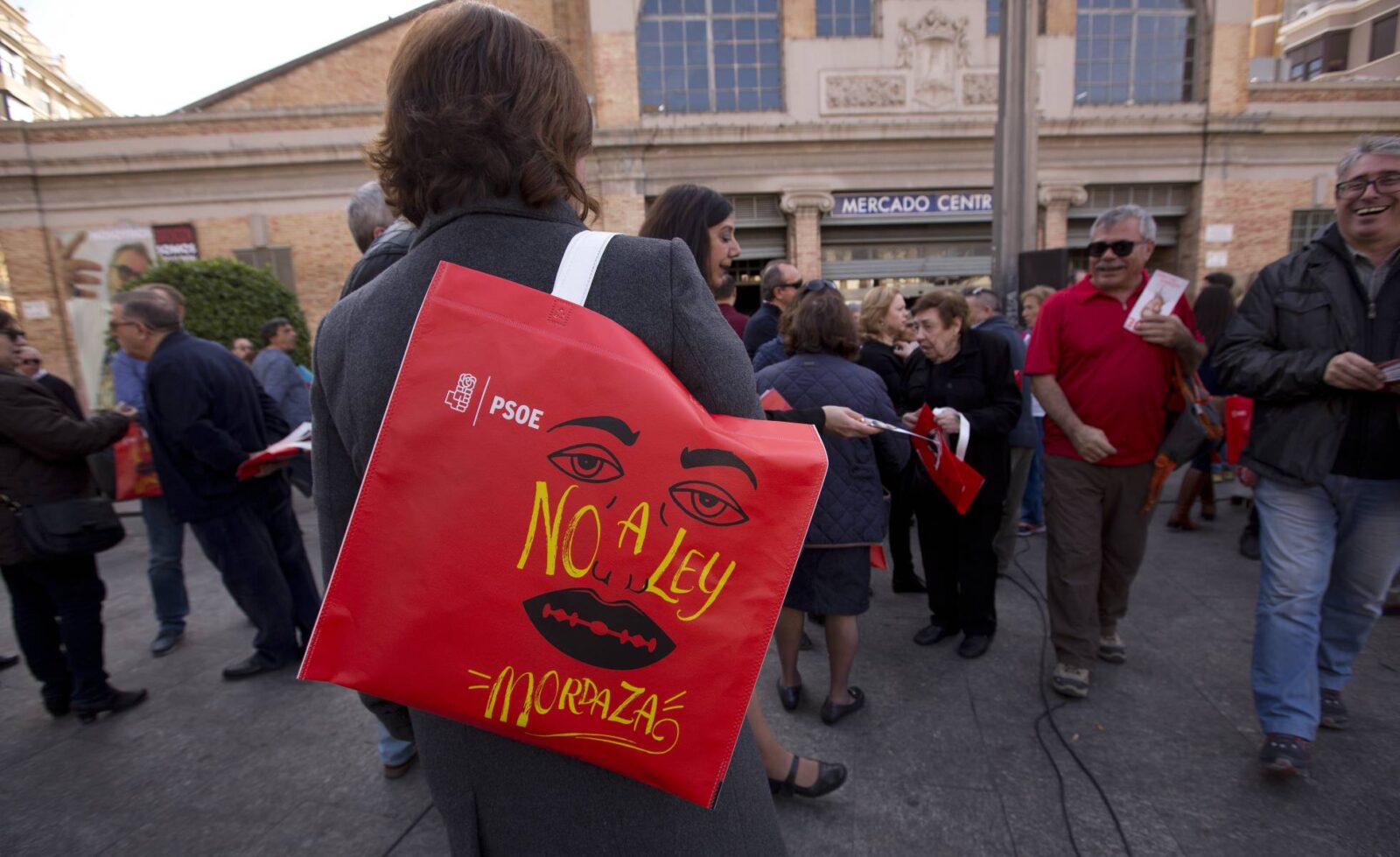 Pedro Sánchez’s administration has softened its hard-line position and wants to save key sections on express deportations and the filming of police officers.

The Socialist Party (PSOE) government of Prime Minister Pedro Sánchez has softened its position on the reform of the Public Safety Law, better known by its nickname of the “gag law.”

According to various documents seen by EL PAÍS, the government wants to exclude from any reforms so-called “express deportations,” where migrants are immediately sent back to Morocco instead of being processed first in Spain, and other key aspects of the law that it had opposed while in opposition.

The controversial legislation, approved by the Popular Party (PP) in 2015, was criticized from day one for impeding freedom of expression. Human rights activists have slammed the law for depriving citizens of their right to free speech, arguing cases such as that of Voltonyc, a Spanish rapper who was sentenced to three years in prison for insulting the king, show that it is “penalizing” legitimate expressions.

But while there is consensus that the legislation must be reformed, there is disagreement over the scope of the reform, which will be discussed on Thursday by a congressional Internal Affairs Committee.

Documents from the budget negotiations between the PSOE and the anti-austerity Podemos party show that the government wants to leave out its commitment to end “express deportations” on the border of the Spanish exclave cities of Ceuta and Melilla in North Africa. This is despite the fact that PM Sánchez signed an appeal before the Constitutional Court declaring that the practice was “arbitrary” and put the “physical and moral integrity” of deported migrants at risk.

The new position – publicly defended by Interior Minister Fernando Grande-Marlaska – argues that the new text should not address the issue until the European Court of Human Rights in Strasbourg reaches a decision on the express deportation of two migrants from Mali and the Ivory Coast. In October of last year, the court ruled that Spain had violated the European Human Rights Convention when it deported the two migrants, who crossed the border fence dividing Morocco and Spain. Spain was ordered to pay each of the migrants €5,000 in damages but has since filed an appeal against the ruling.

According to different drafts of the agreement, Podemos asked for the case to at least be mentioned in the reform, but was turned down twice by the Spanish government.

The PSOE has also toned down its opposition to the sanctions against people who film and share images of police officers. While it previously wanted to eliminate the sanctions, which are included under Article 36.23, it now wants them to apply only when the use of the images “endangers the personal security” of the officers or their family, or endangers “the success of an operation.”

Podemos representatives, led by Ione Belarra, and a government delegation met for the first time on October 3 to discuss the reform of the Public Safety Law. The outcome of the negotiations was included in the budget agreement signed between Podemos leader Pablo Iglesias and Sánchez eight days later. The Spanish prime minister heads a minority government with just 84 lawmakers in the 350-seat Congress, and depends on support of the deputies from Podemos.