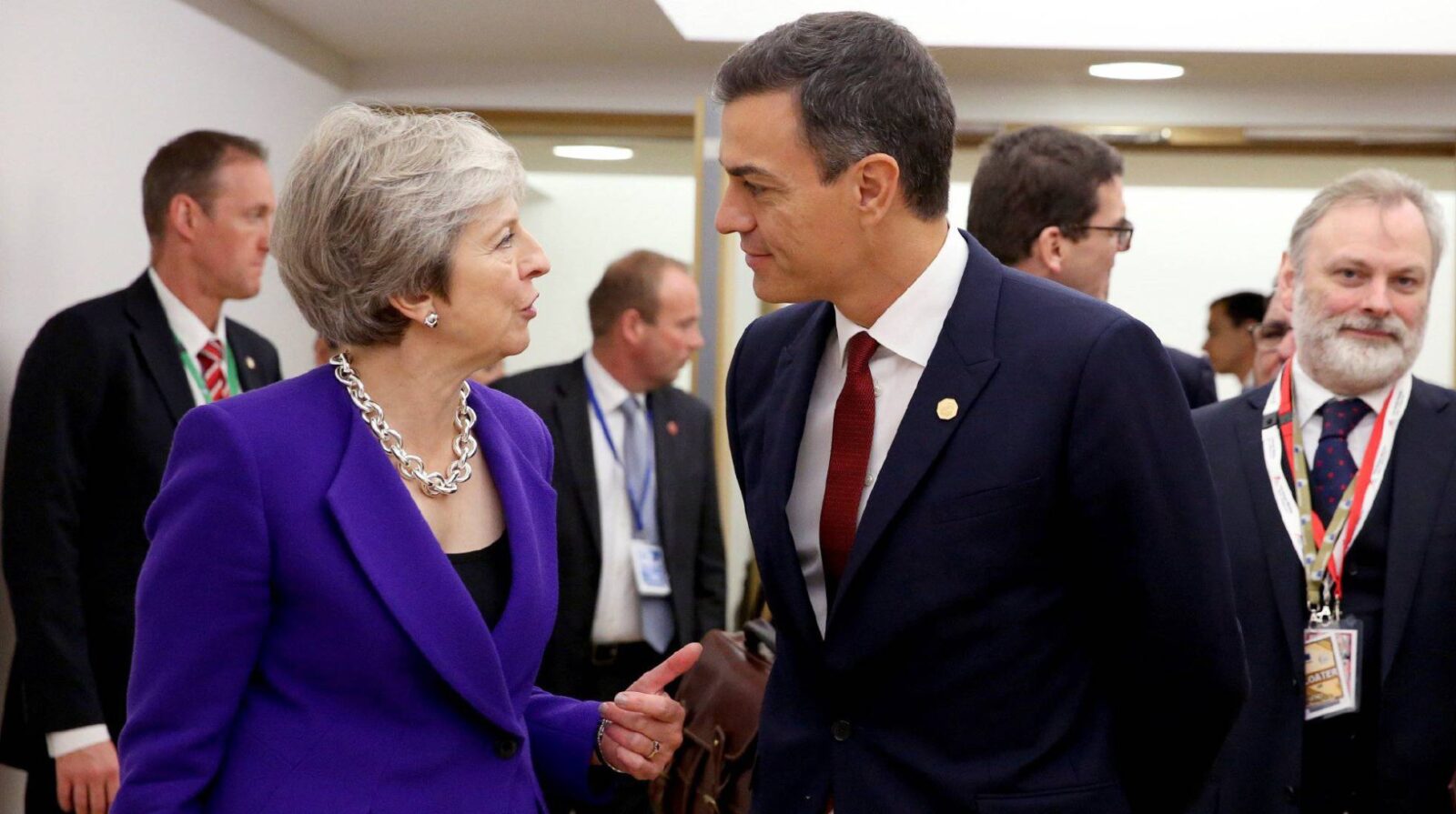 Spanish Prime Minister Pedro Sánchez and Britain’s Theresa May on Thursday expressed confidence that progress will be made on Brexit and on the situation of Gibraltar once the UK leaves the European Union.

Speaking at a news conference on Thursday following a two-day meeting of the European Council in Brussels, Sánchez confirmed that a special protocol on the British Overseas Territory due to be annexed to the UK/EU Withdrawal Agreement is ready.

But besides this protocol, Spanish and British authorities are working out several bilateral arrangements regarding practical issues affecting Gibraltar, such as taxes, the environment, tobacco smuggling and citizens’ rights.

“The Gibraltar protocol is resolved, it’s been closed with the British government, and what we are doing now is working out the four memorandums for the bilateral relationship between the government of Spain and the UK,” said Sánchez.

“That bilateral relation contains elements such as taxes, environmental cooperation, security, and the movement of workers between Gibraltar and the Campo de Gibraltar. These issues are still pending, but in the talks I had this morning with Prime Minister Theresa May, we encouraged one another to reach an agreement on two out of the four memorandums, those dealing with tax issues, which are the most flexible ones.”

The PM, however, made it clear that the joint operation of the Gibraltar airport is off the negotiating table. “Given what we want above all is an agreement and to give stability to the people, elements where it is evident we are light years away from reaching an agreement with United Kingdom, like the shared use of the airport or [Spain’s] sovereignty over the Rock have been left out,” he said.

Gibraltar has refused joint operation and wants Spain’s presence to be reduced to providing services, without any oversight powers (in other words, without Spanish law enforcement officers on site).

Gibraltar’s Chief Minister Fabian Picardo added that “there will be no changes or advances on the expanded use of the Gibraltar airport.”

Unlike the special protocol on Gibraltar, which will be annexed to the UK/EU Withdrawal Agreement, the memorandums are not an essential part of the Brexit deal.