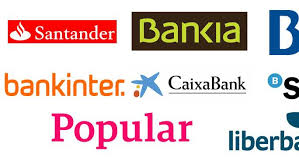 Spanish bank shares fell sharply on Thursday after the Supreme Court ruled banks must pay stamp duty on mortgage loans, potentially costing them billions of euros in compensation and raising pressure on their lending business.

“The Supreme Court states that the person who must pay the stamp duty in the public deeds of loans with mortgage guarantees is the lender, not the one who receives the loan,” the court said in a document.

The Supreme court ruling, which overturned a previous ruling from earlier this year, is now final and could leave banks potentially exposed to additional legal provisions, analysts said.

Spanish banks were severely hit after the 2008 property crash which sent the economy in to a five-year downward spiral and mortgages remain an important part on lenders’ balance sheets, especially those focused on the domestic market.

After the court ruling, Bankia fell more than 7 percent, while Banco Sabadell and Caixabank fell 6 percent and 5.5 percent respectively.

Other smaller Spanish lenders focused in Spain, such as former regional savings banks Liberbank and Unicaja , were also among the most severely hit, with declines as high as 8 percent and 7 percent.

The ruling comes at a sensitive moment for Spanish banks as they struggle to glean earnings from loans with interest rates at historic lows and increasing competition erodes margins.

The decision is the latest legal setback for Spanish lenders after a European Court of Justice ruling in December 2016 that banks had to compensate customers who were sold mortgages with interest rate floors that were not clearly explained.

The Bank of Spain initially said then that the lenders would have to repay customers more than 4 billion euros ($4.60 billion) after Europe’s top court overturned a previous Spanish ruling that capped liabilities related to a disputed mortgage clause.

On Thursday, the Bank of Spain did not give any estimates for potential costs for Spanish lenders.

The Spanish banking association AEB said the ruling referred to a tax issue and that lenders had not received any amount from their clients for this concept. It also demanded greater legal security and predictable rules for the mortgage market.

The AEB said based on this ruling, banks would comply from now on with the new criteria established by the Supreme Court.

Analysts said it would be difficult to calculate the amount of the cost of this sentence because, among other things, stamp duty varies depending on the different autonomous regions.

Spanish consumer association Adicae said that up to 8 million clients could be affected by the court ruling.

Though the ruling does not state from when clients are entitled to be compensated, the Spanish legal systems allows customers to potentially reclaim any compensation from tax authorities for cases going back four years.

Spanish banks could end up paying anything between 1.7 billion euros and 10 billion euros in compensation, according to analysts.