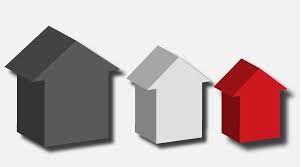 Shares in Spanish banks rebounded on Friday after the Supreme Court said it would review the impact of a ruling on mortgage stamp duty after initially saying on Thursday that banks would have to pay the tax.

The court said that, as the ruling was a “radical change” in its criteria and had an “enormous economic and social impact”, a senior judge agreed to suspend all pending appeals on the matter.

The Supreme Court ruling had unexpectedly overturned a previous ruling from earlier this year and though it was final it didn’t state from when clients were entitled to be compensated.

Now the Court has to say if this new ruling would set a judicial precedent on future rulings.

The Spanish legal system allows customers to potentially reclaim any compensation from tax authorities for cases going back four years.

Spain’s Budget Minister, María Jesús Montero, on Friday said that the government would study the consequences of the ruling.

Shares in all Spanish banks had suffered big declines on the ruling on Thursday as that could leave banks potentially exposed to billions of euros in legal provisions.

On Friday, Banco Sabadell and Bankia, which fell 6 percent and 4 percent, reversed losses, while other lenders, such as Caixabank and Bankinter, rose up to 1 percent.

Thursday’s ruling comes at a sensitive moment for Spanish banks as they struggle to glean earnings from loans with interest rates at historic lows and as increasing competition erodes margins.

Analysts had estimated that Spanish banks could end up paying anything between 1.7 billion euros and 10 billion euros in compensation following the decision.

It was the latest legal setback for Spanish lenders after a European Court of Justice ruling in December 2016 that banks had to compensate customers who were sold mortgages with interest rate floors that were not clearly explained.2300