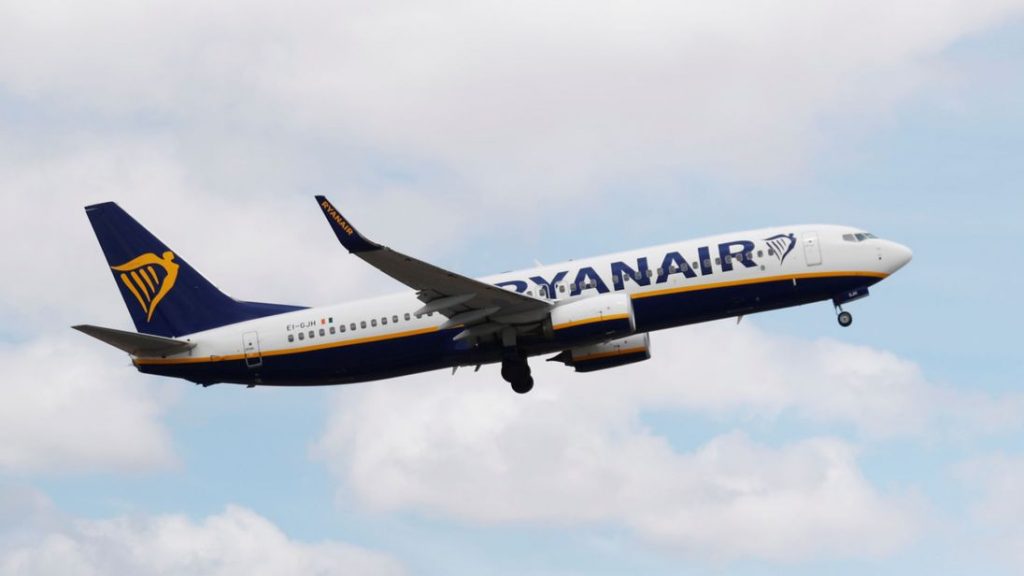 The budget airline’s problems are compounded after criticism of how it handled a racial abuse incident aboard a flight last week.

Ryanair has reported a 7% fall in profits for the first half of the year, blaming repeated staff strikes that pushed up the number of flight cancellations over the period.

The budget airline said on Monday that it saw a spike in cancellations of its higher fare weekend flights in particular, over the six-month period.

It said that average fares fell 3% due to excess capacity in Europe, adding that an earlier Easter in the first quarter also contributed to the profit shortfall.

The airline’s chief executive, Michael O’Leary, said that while ancillary revenues – such as luggage and seat reservation fees – were up 27%, they were offset by higher fuel, staff and compensation costs.

He added: “Our traffic, which was repeatedly impacted by the worst summer of air traffic control disruptions on record, grew 6% at an unchanged 96% load factor.”

Shares were up just over 4% by the close of trading.

The figures come after Ryanair issued a profit warning at the beginning of October, cutting its full-year profit guidance by as much as 12%, also due to the impact of strikes and oil prices on its bottom line.

The flight company warned it could not rule out further downgrades to come and pointed to weaker traffic and lower fares in September caused by two days of coordinated pilot and cabin crew strikes in Germany, the Netherlands, Belgium, Spain and Portugal.

Ryanair blamed “competitor employees” for inciting strikes at the time, which it said were called despite the airline’s agreement to meet a number of union demands.

Ryanair’s profit fall was announced hours after the airline was criticised for its handling of an incident in which a passenger racially abused an elderly black woman aboard one of its flights last week.

Footage of the incident, which took place on a flight from Barcelona to Stansted before take-off on Friday afternoon, caused outrage and criticism, after it showed Ryanair staff failing to remove the customer from the plane.

The budget flight company has reported the matter to Essex Police after a video of the row was shared tens of thousands of times on Facebook.