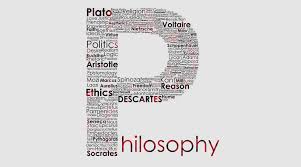 Education laws in Spain are set for a complete overhaul – starting with philosophy once again becoming a core subject and religious studies no longer counting towards final grades.

A temporary amendment to the controversial and unpopular schools reform of 2012 – known as the LOMCE – has been agreed by Parliament’s multi-party education commission.

A petition raised on Change.org a few years back protested against philosophy being dropped from the school curriculum, arguing that it was essential in teaching critical thinking and helping children develop informed opinions and discussion and debating skills – never more necessary than in the age of social media.

In response, philosophy and history of philosophy will now become core subjects in the lower and upper sixth form.

It is not clear, however, whether they will apply to all branches of Spain’s Bachillerato, or A-level stream, which is currently split into three – sciences, arts and humanities, the latter combining arts and social sciences.

The subject will be gradually introduced from the final year of compulsory schooling, in the same way as maths, language and history are retained.

Meanwhile, pupils aged 15 and over will study a new core subject, known as ‘ethics’, which will count towards their compulsory exams at age 16 – the ESO, or Spain’s answer to GCSEs.

Philosophy was retained in the lower sixth by the LOMCE, but axed from the upper sixth and ‘ethics’, or its similar predecessor, no longer became compulsory for the ESO.

Religious studies – which involves teaching the Catholic faith, rather than a critical analysis of religions across the board – will still be an option, but marks obtained will no longer count towards final grades.

Instead, in their subject ‘social values and ethics’, pupils will analyse human rights and ‘democratic civil virtues’ as compulsory part of the curriculum.

Also, the split at age 13 – where children were expected to choose between an academic or vocational route, instead of waiting until after their ESO – will be axed.

Teachers had long criticised this area of the LOMCE, which saw children as young as 14 starting on an FP Básico route, a similar structure to a BTEC but at a much lower level and aimed at under-16s, since its effects would be similar to the old UK system of the 11-plus.

Late bloomers who may have been academically successful would have been barred from a university career and the chance of entering into a profession before they were old enough to know what they were choosing.

Before the LOMCE, teens could either go on to sixth form or the FP stream at 16, although the option to complete the Bachillerato and then pursue FP qualifications was still there for those undecided, or who wanted to add as many strings to their bows as possible.

This former system will now be restored.

The right-wing PP, who introduced the LOMCE, warned that it could not be abolished as it would leave the country without any legal framework for pre-university education.

But as it is what is known as an ‘organic law’, it is open to being amended or corrected.