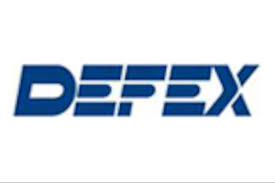 Spain’s High Court, the Audiencia Nacional, is investigating 23 years’ worth of arms sales to Saudi Arabia during which executives at a state-owned company allegedly paid millions in bribes to secure contracts.

Judge José de la Mata is examining five transactions made from 1992 to 2004 between Riyadh and a company named Defex, as well as 11 other contracts signed between 2005 and 2014, according to Spanish and Swiss legal documents.

The company under scrutiny, Defex, is 51% owned by the Spanish state through the holding company SEPI, while the other 49% is in the hands of private businesses whose main activity is arms sales.

Defex has been under investigation since 2014, when a suspicious transaction emerged involving the sale of police equipment to Angola through heavily padded invoices; the extra money was allegedly shared out among government workers in the African country and Spanish company execs.

The investigation into the Saudi arms sales is an offshoot of the Angola scandal, which brought down Defex. The company is currently in liquidation, and its three top officials – the former president, vice-president and chief of operations – are under investigation for keeping up “a systematic criminal behavior pattern” for over two decades, according to the judge.

So far, the inquiry has determined that Defex secured 11 contracts to sell weapons or police and defense equipment to Saudi Arabia between 2005 and 2014 by paying illegal commissions. The fact that it was a publicly held company allowed Defex to obtain the necessary permits to export arms and ammunition.

Later, through the creation of a “complex constellation” of companies – as defined by Swiss authorities who were queried for information by the High Court – Defex paid illegal commissions in exchange for no apparent commercial service to individuals with good connections to Saudi authorities, and also to Defex executives.

In its letter rogatory – a request for judicial assistance – to Switzerland, the Spanish court focused on a military equipment contract with a Saudi representative worth €19.05 million. The actual value of the material was €14.55 million. Investigators also detected a payment of €7.6 million to a Saudi company for services whose existence there is no evidence of.

Investigators with the Civil Guard’s Central Operative Unit – in charge of serious and organized crime – found five other similar transactions in Saudi Arabia, involving payments by Defex worth a total €60.7 million between 1992 and 2004 to a company named Peninsula Inc Ltd, headquartered in the Cayman Islands. These payments are documented “in various invoices with no description of services and without a contract,” as the judge notes.

Investigators believe that Peninsula and at least four other firms are shell companies set up to channel funds to well-connected individuals who could help secure contracts, and to Defex executives; they were also used to conceal the earnings from illegal commissions. The judge thinks that former Defex operations director Ángel María Larumbe Burgui and former president José Ignacio Encinas Charro had been using this system since 1998.

Another target of the investigation is Beatriz García Paesa, niece of the Spanish spy Francisco Paesa and the alleged mastermind behind a sophisticated financial structure, which she designed from her law firm in Luxembourg in order to facilitate the suspect financial operations.

In April 2017, the board of SEPI agreed to ask the Cabinet for permission to carry out Defex’s voluntary dissolution. The company could no longer operate “as a result of the damage to its reputation” and because of “the precautionary measures imposed during the inquiry.” In September of that year, the Cabinet approved Defex’s dissolution.

The company nevertheless continued to operate after its dissolution because it had signed earlier commitments. In 2017, it made €805,000 from contracts with Latin America, according to SEPI’s annual accounts. The holding company has refused to clarify Defex’s current situation.