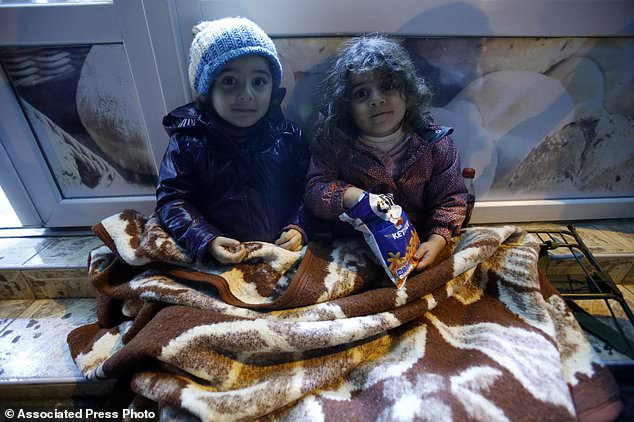 The U.N. migration agency says that so far this year Spain has received more migrants via the Mediterranean Sea than it did in the previous three years combined.

The Geneva-based International Organization for Migration reported Tuesday that 45,145 men, women and children entered Spain through the western Mediterranean route through Oct. 21.

That was almost half of the more than 94,000 migrants who have this year entered Europe by sea from North Africa and came amid a migrant crackdown by countries in the eastern Mediterranean.

The Mediterranean continues to be a deadly route for migrants trying to enter Europe illegally, with 1,857 deaths reported so far this year.

Several dozen migrants, including children, have spent the night out in the open near Bosnia’s border with Croatia after walking for hours from a migrant center.

The migrants are camping Tuesday by the road one kilometer (about a half mile) from the border crossing where police stopped them on Monday evening. Sympathetic locals have offered the migrants food, drinks and blankets.

The group walked some 15 kilometers (9 miles) to draw attention to their plight and the fact that borders remain closed for people trying to reach Western Europe.

Another group of migrants set off Tuesday morning toward a separate border crossing with Croatia.

Several thousand migrants are staying in Bosnia and are unable to cross into neighboring European Union member Croatia and proceed to the west.