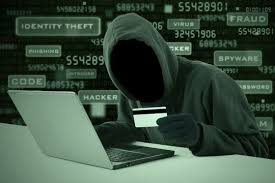 National Police throughout the Valencian Community have made a series of arrests in connection with an alleged internet scam.

Twenty people have been detained – aged between 19 and 36-years-old – believed to be behind a series of frauds that affected more than 170 victims.  Fifteen of the gang already have police records.

According to reports, the scams were carried out across Spain and it’s understood that more than €150,000 was taken from 171 bank accounts.

The alleged crimes came to light when a number of people applied for a credit or bank card, only to be refused because they were registered in a database of those who had defaulted on payments…when it wasn’t the case.

During the investigation, it was discovered that one person had 57 separate bank accounts opened in their name, with one of the cards connected with an account being used to pay for parking in Valencia.  It was this that led to the identification of one of the gang’s members.

How did the group get all the details to open bank accounts?  They set up fake online job offers which asked for people’s details. The gang were then able to request loans and purchase goods via the internet, many of which were arranged to be paid over 12 months.