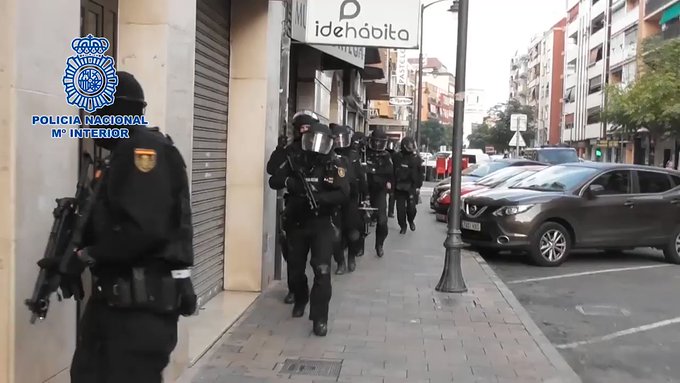 Two Syrian men, aged 55 and 58, were arrested yesterday (Tuesday) in Valencia and Alicante, respectively, for allegedly working with terrorist organisations in Spain.

It is claimed the pair were spreading their ideals via social networks.

The arrested men face charges for the alleged crimes of integrating into, and collaborating with, a terrorist organisation.

The men also face charges for the alleged indoctrination and glorification of terrorism.

One of the detainees had ascended to a high-ranking position in a terrorist organisation, leading instant messaging groups with like-minded individuals.

These messaging groups were alleged to be the main form of communication for the organisation and distribution of propaganda and up to date information regarding Daesh.

National Police claim in a statement that both men were in contact with Daesh and Al Qaeda: “Each one of those arrested showed agreement by one of the terrorist organisations”.

The messaging groups were allegedly entitled ‘News of the Islamic State’ and contained bio page slogans such as “Jihadist reminder: Reward of doing jihad for the sake of Allah”.

The social media networks of the alleged terrorist recruiters reportedly contained content inciting violence and were followed by hundreds.

National Police emphasise the profiles and messaging groups were used only for the purpose of recruitment and indoctrination of likeminded individuals.