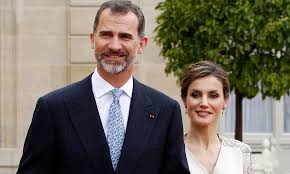 If the reform goes ahead, it will no longer be a crime to insult the monarch, national symbols, state institutions or religious sentiment.

Spanish Congress agreed on Tuesday to discuss reforms to the Criminal Code that would soften or even eliminate crimes such as insulting the king, inciting terrorism and offending religious sentiments.

The initiative, put forward by left-wing party Unidos Podemos, has the support of the governing Socialist Party (PSOE) and nationalist parties but has been rejected by center-right groups Ciudadanos and the Popular Party (PP), who say it is a “free-for-all against symbols and institutions.” The opposition parties argue the PSOE is supporting the reform to repay nationalist parties for backing the no-confidence motion that ousted PP leader Mariano Rajoy from power and saw Pedro Sánchez of the PSOE become prime minister.

On Tuesday, parliament voted 180 in favor and 160 against reforming the Criminal Code. If this majority holds and there are no further amendments or postponements, within a few months it will no longer be a crime to insult the king, national symbols and state institutions, or offend religious sentiment. The PSOE and the Basque Nationalist Party (PNV) have, however, warned they want to put “limits” on the reform.

The aim of the initiative is to protect the right to freedom of expression that, according to Unidos Podemos politician Alberto Garzón, has suffered a “regression at a political and judicial level.”

Human rights organizations, including Amnesty International, have criticized Spain for depriving citizens of their right to free speech, arguing cases such as that of Voltonyc, a Spanish rapper who was sentenced to three years in prison for insulting the king, show that it is “penalizing” legitimate views. Spanish actor Willy Toledo was recently arrested for offending religious sentiment in a Facebook post and last year, a 21-year-old college student was given a one-year jail sentence for joking on Twitter about an assassination in the 1970s by Basque terror group ETA.

Garzón, as well as representatives of the Catalan separatist parties European Democratic Party of Catalonia (PdeCAT) and the Catalan Republican Left (ERC), put together a list of other cases where people had been arrested, incarcerated and fined for insulting the crown (Article 193 and 491 of the Penal Code), attacking state institutions (Article 504), and offending nationalist symbols and religious sentiment (Article 525).

The initiative from Unidos Podemos also wants to limit the crime of inciting terrorism given that ETA, which killed more than 800 people in its violent campaign for the independence of the Basque Country, no longer exists. This aspect of the reform is likely to be modified by the PSOE when it passes through parliament. Garzón maintains that the proposed change will continue to protect the victims of terrorism, as an attack against a victim will be defined as an aggravating factor in crimes.

In a discussion on freedom of expression, Gregorio Cámara, a professor of constitutional law from the PSOE, argued: “Freedom of expression has to be understood not only of inoffensive ideas but rather those that contradict, attack, upset the state, a group of the population or the democratic system.”

PNV representative Mikel Legarda Legarda agreed: “There must not be criminal sanctions on political or ideological protests even if they are shameful, unfair and offensive. Punishing hate speech, he said, leads to “violent and hurtful behavior.”

Cámara and Legarda say that the reform needs to be limited but these concessions have not appeased Ciudadanos or the PP.

“It is a free-for-all against our symbols and institutions, for impunity of offenses against religious, social sentiments on social media and the incitement of terrorism,” said PP representative Leopoldo Barreda.