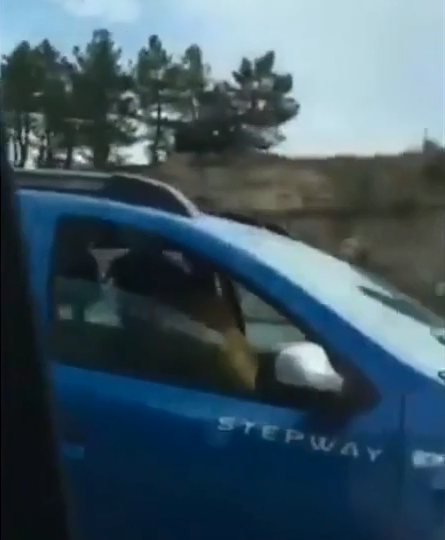 Spanish police are hot on the trail of a couple caught on film having sex while driving on a motorway, the Guardia Civil force announced Tuesday.

They tweeted a video that first appeared on social media showing a couple in the driving seat, one driving and the other undressed and squeezed between the driver and the steering wheel.

The clip was filmed from another car as it passed them.

The incident happened on September 15 and took place on the motorway that links the capital, Madrid, with Valladolid.

Police have viewed several hours of footage from surveillance cameras in a bid to identify the couple.

If caught, they could face up to two years in jail, a fine of up to 500 euros and a driving ban of up to six years.