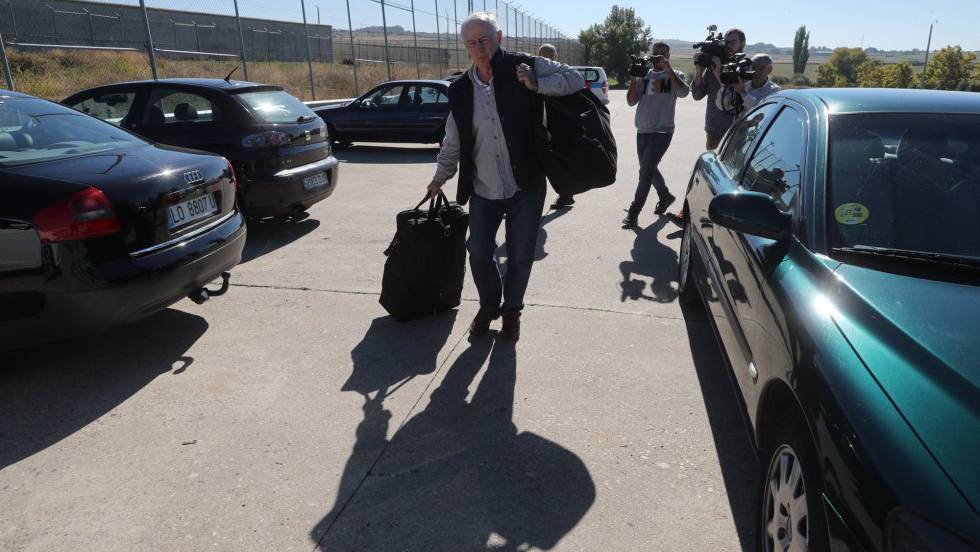 Rodrigo Rato, a former banker, International Monetary Fund (IMF) chief and deputy prime minister of Spain, walked into a Madrid penitentiary on Thursday to serve four and a half years for embezzlement.

In early October, the Spanish Supreme Court upheld the conviction against Rato in a high-profile case involving corporate credit cards used by top executives at the lenders Caja Madrid and Bankia, which Rato headed between 2010 and 2012.

“I accept my debt to society and I assume responsibility for any mistakes I may have made. I ask society for forgiveness and apologize to people who may have felt disappointed,” said Rato outside Soto del Real penitentiary, in his first admission of guilt.

Dressed in casual clothes and carrying a sports bag and a suitcase, the 69-year-old former politician reported to prison authorities shortly before 1pm on Thursday, a day after the Spanish High Court, the Audiencia Nacional, refused to extend the deadline for him to enter jail while Rato’s final appeal is reviewed by the Constitutional Court.

Rato is joining several other high-profile inmates who are doing time at Soto del Real, including Luis Bárcenas, the former treasurer of the Popular Party (PP), who was convicted in May to 33 years in connection with a major graft case known as Gürtel. The judges’ conclusions at the Gürtel trial also questioned the credibility of the prime minister at the time, Mariano Rajoy, who was soon later ousted in a no-confidence vote led by Socialist Party (PSOE) leader Pedro Sánchez.

Besides Rato, there are four other people in jail for participating in the “black” credit card scandal at Caja Madrid and Bankia. In total, 65 former bank execs and board members received varying sentences after it emerged that the group had spent a collective €12.5 million between 2003 and 2012 on personal expenses ranging from vacations and jewelry to meals at expensive restaurants. Everything was paid for with credit cards unofficially offered to them by the heads of the Caja Madrid savings bank, then later at Bankia, the lender that was created after the merger of seven struggling regional banks. Bankia itself was nationalised in May 2012.

Rato, who headed the IMF from 2004 to 2007, also served as economy minister and later as deputy prime minister under Popular Party (PP) administrations. He was expelled from the conservative group in late 2014 over the credit card scandal. Rato was also briefly arrested in April 2015 in a separate case involving personal tax fraud and money laundering.