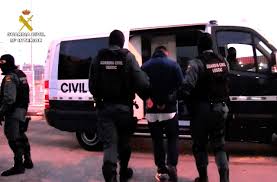 Spanish police say they’ve broken up a trafficking ring which brought Romanians, many of them with disabilities, to Spain where they were forced to beg in the streets dressed as mimes and human statues.
Officers arrested three suspected members of the gang, including its alleged leader, and freed ten people who were being held by the network as part of the operation carried out in Galicia. Some of the six women who were freed had also been forced into prostitution.
The ring would recruit its victims in Romania with the promise of jobs in the hospitality sector in Spain, but once in the country they were forced to beg in the streets of the world-famous pilgrimage city of Santiago de Compostela.