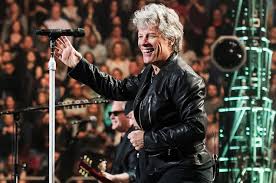 American rock band Bon Jovi have announced that the upcoming European leg of their ‘This House is not For Sale Tour’ tour will include a stop at the Wanda Metropolitano stadium in Madrid on Sunday July 7th next year.

Tickets for the band’s only concert in Spain during this tour will go on sale on November 9th. People registered with Live Nation will have access to pre-sale tickets from 10am on November 8th.

Bon Jovi’s three-decade history has seen them sell more than 130 million records and become inducted into the Rock and Roll Hall of Fame.  The North American leg of the tour began in Greenville in February 2017 and concluded 63 concerts later in Montreal in May this year.

A further six concerts are scheduled in Japan in November and Australia in December, before the European tour, which includes three dates in the UK, kicks off in Russia in May 2019.