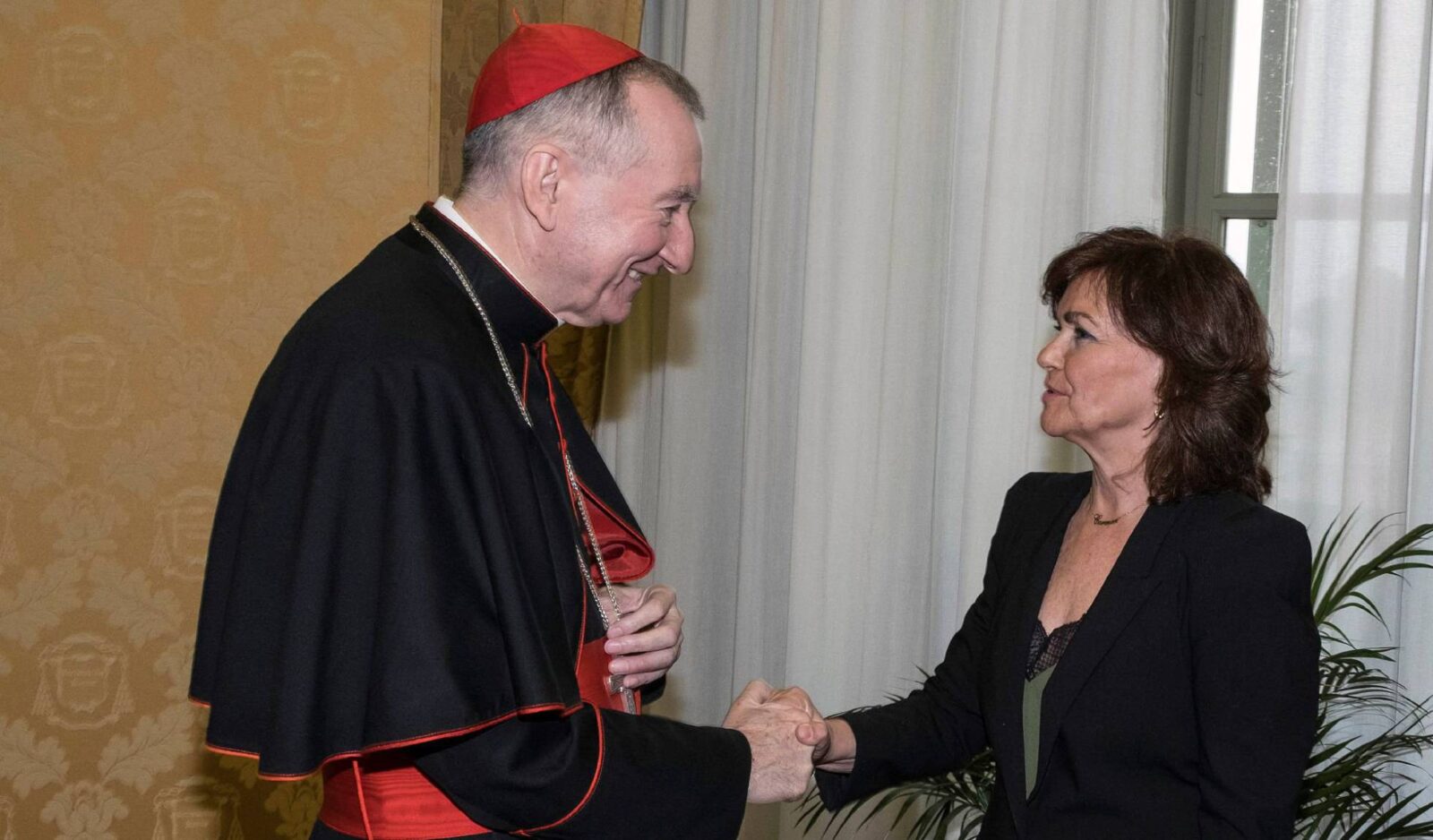 Deputy prime minister conveys to Vatican secretary of state reforms that will see pedophilia offenses have no statute of limitations, putting them on the same level as terrorism crimes.

The Spanish government has announced that it is going to present a reform to the Criminal Code so that sexual abuse cases involving minors have no statute of limitations, thus putting pedophilia offenses on the same level as terrorist attacks and genocide, which are the only other crimes with no time limit.

The deputy prime minister, Carmen Calvo, conveyed the news on Monday to the secretary of state at the Vatican, Pietro Parolin, during a two-hour meeting between the two in Rome. The Socialist Party (PSOE) politician also broached other delicate issues in terms of state-Church relations, including tax benefits for bishops and land and properties claimed by the Catholic Church in Spain. The meeting came at a particularly uncomfortable moment for the ecclesiastical hierarchy, given recent news stories published by EL PAÍS that prove that the institution silenced sexual offenses committed by the clergy for decades, despite having knowledge of them.

“The Church has conveyed its concern, which is shared by the government, over the need to deliver justice to the victims of abuse, and prevent these incidents taking place in the future,” read a statement released by the Spanish government shortly after the meeting. “As such, the government has informed the Vatican of changes to the Criminal Code with a view to removing the statute of limitations from these offenses.”

The Spanish government is planning to go further than was thought with this reform to the Criminal Code, which was expected to include an extension of the time frames within the statute of limitations. Currently, in Spain, the time period begins when the victim turns 18. According to the severity of the case, the courts have between five and 15 years to act – meaning that the oldest possible age of the victim when the statute of limitations runs out is 33. But many victims take years to digest the abuse they have suffered and to talk about them, meaning that in many cases the offenders cannot be prosecuted. Studies carried out by Save the Children put the average age at which victims decide to talk at 35.