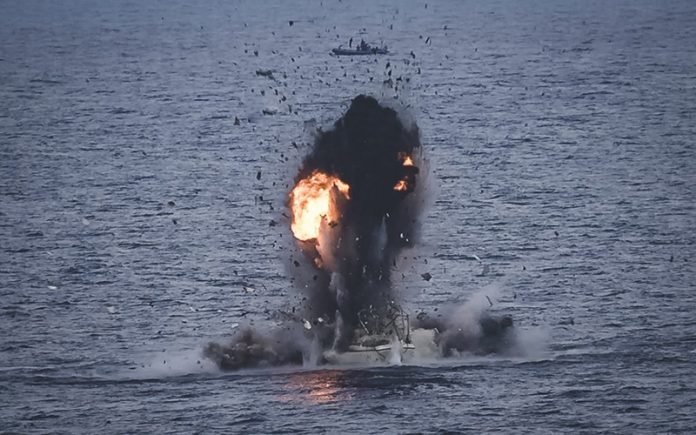 A Spanish naval ship has stopped an illegal whaling ship off the coast of Somalia as part of ongoing efforts to tackle piracy off the Horn of Africa.

The Castilla assault vessel intercepted the whaler near to Somalia’s coast line last Saturday morning. A helicopter from the Spanish ship spotted the vessel, and after personnel confirmed it was a whaling ship the Castilla “neutralised” it, the Ministry of Defence said.

The Castilla is currently taking part in Operation Atalanta, a European Union (EU) effort to combat piracy off the coast of Somalia and the Gulf of Aden.

The operation was launched in 2008 after a surge in attacks on commercial ships.

The Castilla is a Galicia class vessel. It weights some 13,000 tons, is 165 metres long and carries a crew of 190. It is armed with several machine guns and an anti-missile defence system.