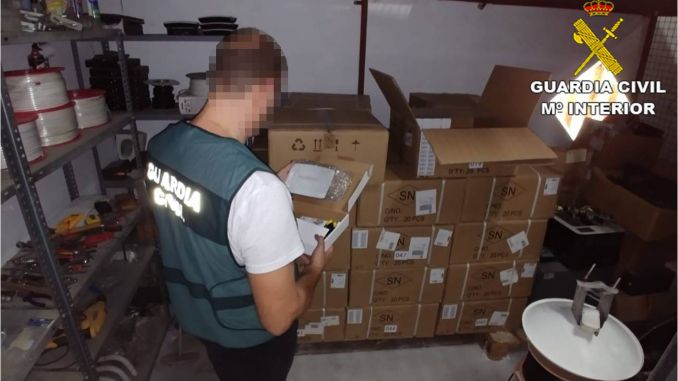 The Civil Guard has arrested three British men (30, 46 and 63) in Formentera del Segura as alleged perpetrators of crimes against public finance, social security, money laundering and belonging to a criminal group.

The three detainees had formed an illegal television network that enabled the fraudulent distribution of subscription channels to over 500 foreign customers throughout the Vega Baja.

The illegal network is said to have earned the 3 men over 450,000 euros, free of taxes and payments to the public treasury, which were subsequently laundered through bank movements, always below 3,000 euros, so as not to be detected by the Bank’s auditors.

All three men have appeared in court and released on police bail.