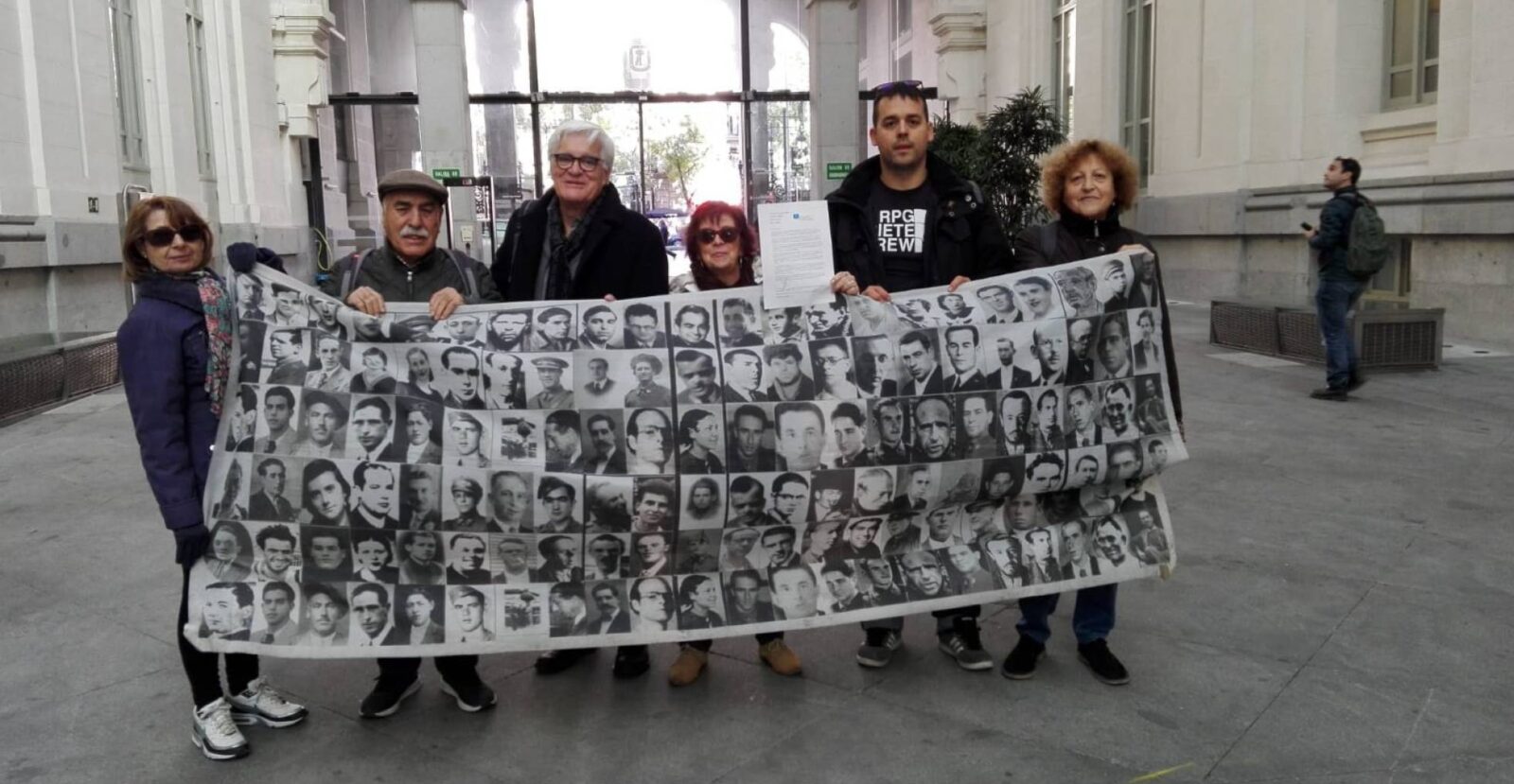 Spanish associations of Franco victims have welcomed the government’s announcement that it will not allow the dictator’s family to rebury his remains in a central Madrid cathedral. But the news comes after a series of shifting statements, and these groups said they remain wary of any further changes.

“This is good news, but we don’t trust it. They’ve given many versions of events, and we will remain vigilant,” said Julián Rebollo, the spokesman for 83 historical memory groups, unions and associations that have called on Prime Minister Pedro Sánchez, Madrid Archbishop Carlos Osoro and Madrid Mayor Manuela Carmena to block Franco’s transfer from the Valley of the Fallen, around 50 kilometers from the capital, to La Almudena Cathedral, in the heart of the city.

Rebollo took part in a street march last Thursday to protest the transfer plans, and he says that there will be further public protests to keep up the pressure. In letters to political and religious leaders, these groups expressed “tremendous indignation” at the proposal to bury Franco in the cathedral, “just a few meters away from Plaza de Oriente, where the dictatorship once organized events to glorify the regime.”

Authorities were also accused of lack of foresight. “The government should have foreseen that the family might choose La Almudena. Having [Franco] in the heart of downtown is even worse; it would become a pilgrimage site for Francoists and represent a humiliation for the victims, because we should remember that on November 1, the day of the dead, many families will be unable to take flowers to their relatives’ graves. We still have 120,000 executed people lying in roadsides,” said Rebollo.

Sánchez, of the Socialist Party (PSOE), came to power in June after leading a successful no-confidence vote against the Popular Party (PP)’s Mariano Rajoy, and he made the plan to exhume Franco from the Valley of the Fallen monument one of his star policies immediately after taking office.

But Franco’s family, which opposes the move, retaliated by announcing that they would take his remains to the family’s crypt inside La Almudena cathedral, which already holds the body of Franco’s daughter Carmen Polo. La Almudena is a landmark building that attracts thousands of visitors, and the government is now facing the prospect of watching it become a pilgrimage site for Franco nostalgics.

Earlier this month, Deputy PM Carmen Calvo had said that the government had no control over where the body could or could not be buried. But on Tuesday, Calvo did an about-face and stated that an agreement had been reached with the Catholic Church “to work together to find a solution that obviously does not include [La Almudena].”

Shortly after these comments emerged, the Vatican refuted this claim with a statement of its own: “Cardinal Pietro Parolin [the Vatican’s secretary of state] does not oppose the exhumation of Francisco Franco, if the competent authorities have decided to do that, but at no time did he make a statement about the place of burial.” The Church insisted that it has no say about where the body should be laid to rest.

Government sources say they will use the Historical Memory Law, passed in 2007 by a previous Socialist administration, to prevent the transfer to La Almudena. The law specifically prohibits acts that glorify Franco or his regime.

The dictator’s exhumation from the Valley of the Fallen, where he has lain since his death in 1975, was made possible by a government decree that was rushed through Congress in September and approved with 176 yes votes out of 350. The move built on years of controversy regarding the status of the giant basilica and mausoleum, which is itself a tourist attraction in the Madrid region.

“Our democracy will have symbols that unite citizens,” said Sánchez in July, after announcing his government’s plans to depoliticize the Valley of the Fallen by taking Franco’s body out of a place that is also a burial site for close to 34,000 Civil War combatants, including Republican fighters whose bodies were taken from mass graves and buried at the monument without their families’ consent.