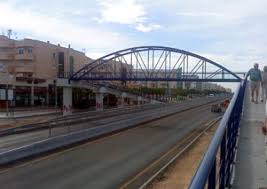 An Irish father-of-three was hit and killed by a car in Spain as he attempted to cross a Costa Blanca motorway on foot, apparently forgetting that traffic approached in the opposite direction.

Forty-year-old Martin Long from Cork, Ireland was in Alicante to celebrate a friend’s 40th birthday.

But, when crossing the busy N-332 dual-carriageway in Orihuela Costa during the early hours of the morning, he was struck by a car and suffered fatal injuries.

Mr Long’s friends had left a bar near Mil Palmeras and were reportedly using a footbridge to get to the other side.

It is alleged by his friends that Mr  Long attempted to catch up to the group ‘jumping over the barrier’ onto the motorway and forgetting ‘the traffic comes in the opposite direction’.

Mr Long was hit by a car travelling at a high speed and died as a result of his injuries.

Sources suggest the driver failed to stop but has since been tracked down by the National Police and arrested while an investigation goes on.

Mr Long leaves behind his wife and three children.