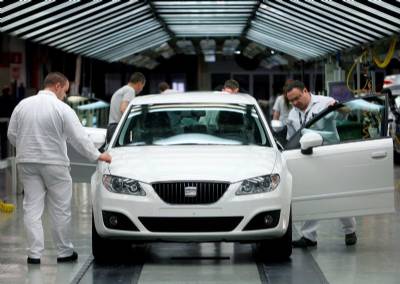 Spanish car manufacturer Seat has posted record operating profits of 237 million euros for the period between January and September 2018, a substantial 54.4% increase vis-à-vis the figure of 154 million for the same period in 2017.

Seat announced today that the volume of business had grown 7.744 billion over the same period, 6.7% more than in the previous year (2017: 7.255 billion), the highest figures in the comany’s history for the first nine months of the year.

“The financial results obtained between January and September 2018 reflect the positive phase Seat is going through”, said a spokesperson for the company.

The increase in sales between January and September, during which time Seat has reached the highest volume in the company’s history with 415,600 vehicles delivered (up by 17.1%), has been the driving force behind the rise in operating results and turnover.

The launch of Arona also had a favourable effect on Seat’s operating profits, as did the increased margin on models sold thanks to a greater mix.

With regard to the predictions for the rest of 2018, results will depend in part on the effects of implementing the Worldwide Harmonised Light Vehicle Procedure, or WLTP, which comes into force across Europe in September.

At the same time, Seat plans to increase investment in R & D of new models and will be increasing their marketing activities with the launch of the Tarraco and the CUPRA Ateca.