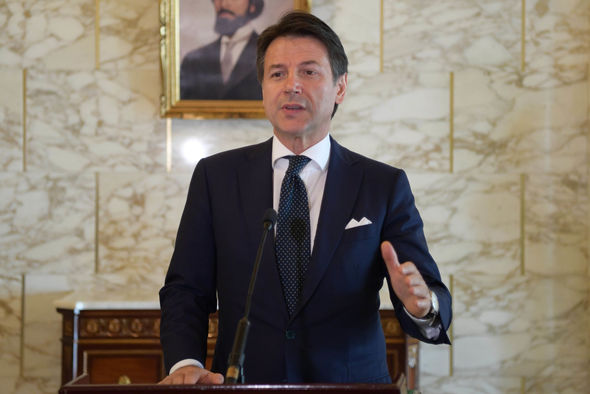 Spain’s President Pedro Sanchez has declared Brussels needs Italy to “reform” the European Union, insisting Rome must fix its budget dispute with the bloc and regain its position on the EU centre stage.

Mr Sanchez said Italy must not remain on the “sidelines” of the European Union, which it founded in 1957 along with Belgium, France, Luxembourg, the Netherlands and West Germany.

Italy has a vital part to play in progressing the EU, Mr Sanchez said, insisting Spain needs Rome’s help in solving its social and economic challenges.

He told Italian newspaper Corriere: “I would just like to share two reflections. Spain needs Italy to face many challenges together. From migration to European integration.

“And the rest of Europe also needs them to reinforce and reform the EU. Italy should not remain on the sidelines of the project it helped to found, especially in view of Brexit.

“It is a great opportunity to deepen the union”.

Mr Sanchez has urged Rome to finalise a budget agreement with the EU, insisting the move will benefit Italy’s welfare system in the long-run.

He said: “I hope Rome will reach an agreement with the EU. It would bring benefits especially to those who are still suffering from the crisis.

“The North-South contrast is misleading. Spain is now in post-austerity and is showing that we can have progressive policies, reconstruction of the welfare system without burying public accounts”.

The Spanish President advocated for reformed EU fiscal policies, insisting Brussels must shift to an “economic, fiscal and banking union” or else the euro will struggle to stay afloat.

Mr Sanchez added: “We will not be able to stay in the same monetary zone if we do not move towards economic, fiscal and banking union.

“One day we will have a Community budget and we will also equip ourselves with a social pillar. I have proposed European unemployment insurance.

“It does not matter if it doesn’t happen right away. It is important to go in the right direction”

Italy’s eurosceptic Government has not backed down from plans to increase its budget deficit to 2.4 percent GDP by next year.

EU officials have warned Rome to change its budget plans, or face disciplinary procedures such as fines, loan cuts from the European Investment Bank and precautionary monitoring.

In an urging letter to Italy’s Prime Minister Giuseppe Conte, Italy’s President Sergio Mattarella insisted Italy’s Government must put the country first and also “maintain, even during the parliamentary examination, a constructive dialogue with the European institutions”.

He wrote: “I would like to ask the Government, in the common attempt to protect Italy’s fundamental interests, for a budget law that defends the savings of Italians, strengthens the confidence of families, businesses and economic operators and protects Italy from financial instability”.

Italy’s Government responded: “The exchange between the Italian government and the European Commission takes place in the context of a fruitful and constant dialogue.

“As recalled by President Mattarella, there is certainly a common attempt to work on the stability of public accounts and the protection of savings.

“In a period characterised by an adverse economic cycle, the government intends to relaunch growth and employment, with a particular focus on public investment, the creation of a regulatory and institutional environment conducive to private investment and the fight against poverty and inequality”.