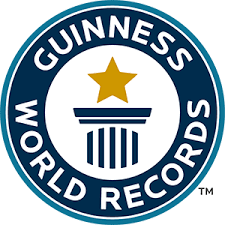 Next year’s Guinness Book of Records is now on the shelves – and four Spanish sports stars are in it, according to publisher Planeta.

She is also one of the two Spanish motorsport aces in next year’s Guinness Book of Records – the unstoppable Marc Márquez, who has only failed to win one world championship since his MotoGP début in 2013 aged 20, has scooped up the record for the highest number of pole positions in history.

Since he started in motorcycle racing in 2009, Márquez, now 25 and five-times MotoGP world champion, has achieved 79 poles.

The other sportswoman who has earned a slot in the 2019 edition is Olympic swimmer Mireia Belmonte(third picture), the fastest in the world in 400 metres medley in short pool and in 25-metre pool, as well as in 800 and 1,500 metres freestyle and 200 metres butterfly.

Mallorca-born tennis ace Rafa Nadal, who has recently lost his number one slot, has nevertheless gained another top distinction by getting into the Guinness Book of Records for having netted his 10th Roland Garros title, making him the first-ever player to get into double figures in the same Grand Slam competition.