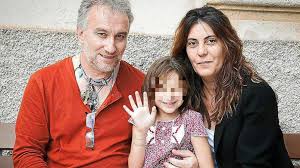 A father who caused uproar in Spain after he used his daughter’s rare illness to raise money for mainly personal use has been sentenced to five years in prison.
His wife was also jailed by the court in Lleida for three-and-a-half years.
The case of the young Nadia Nerea, who suffers from a potentially life-threatening genetic disorder, captured the attention the country when her father Fernando Blanco had asked for donations to allegedly help pay for a pioneering operation in the US that could save her life.
But at the end of 2016, it emerged that of the €422,000 raised by his foundation, just 20,000 was destined to his daughter’s cause.
The rest was used to rent homes, buy vehicles and luxury watches or pay for hotels.