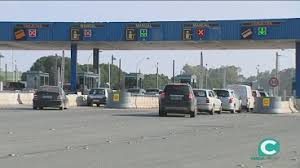 The first of Spain’s toll motorways to become free of charge will be the AP-1, starting on the 1st of December, according to minister of public works José Luis Ábalos.
Once the toll franchise expires at the end of this month, the motorway between the cathedral city of Burgos in Castilla y León and the Basque province of Álava will no longer carry a fee.
The new socialist government has committed to following through with the promise to scrap motorway tolls, and it’s thought the next two to go will be the AP-4 between Sevilla and Cádiz, and the AP-7 along the east coast.