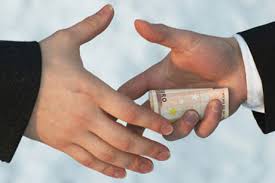 An investigation by the Spanish High Court into the sale of defense equipment to Saudi Arabia has confirmed the payment of bribes and illegal commissions by the public company Defex in 11 contracts signed between 2005 and 2013 worth a combined €48 million.
Eight of those deals were for different types of ammunition, while the other three involved the delivery of replacement parts for the Saudi army’s tanks.

Five more suspect contracts signed between 1992 and 2004 have been left out of the investigation because they are past the statute of limitations.