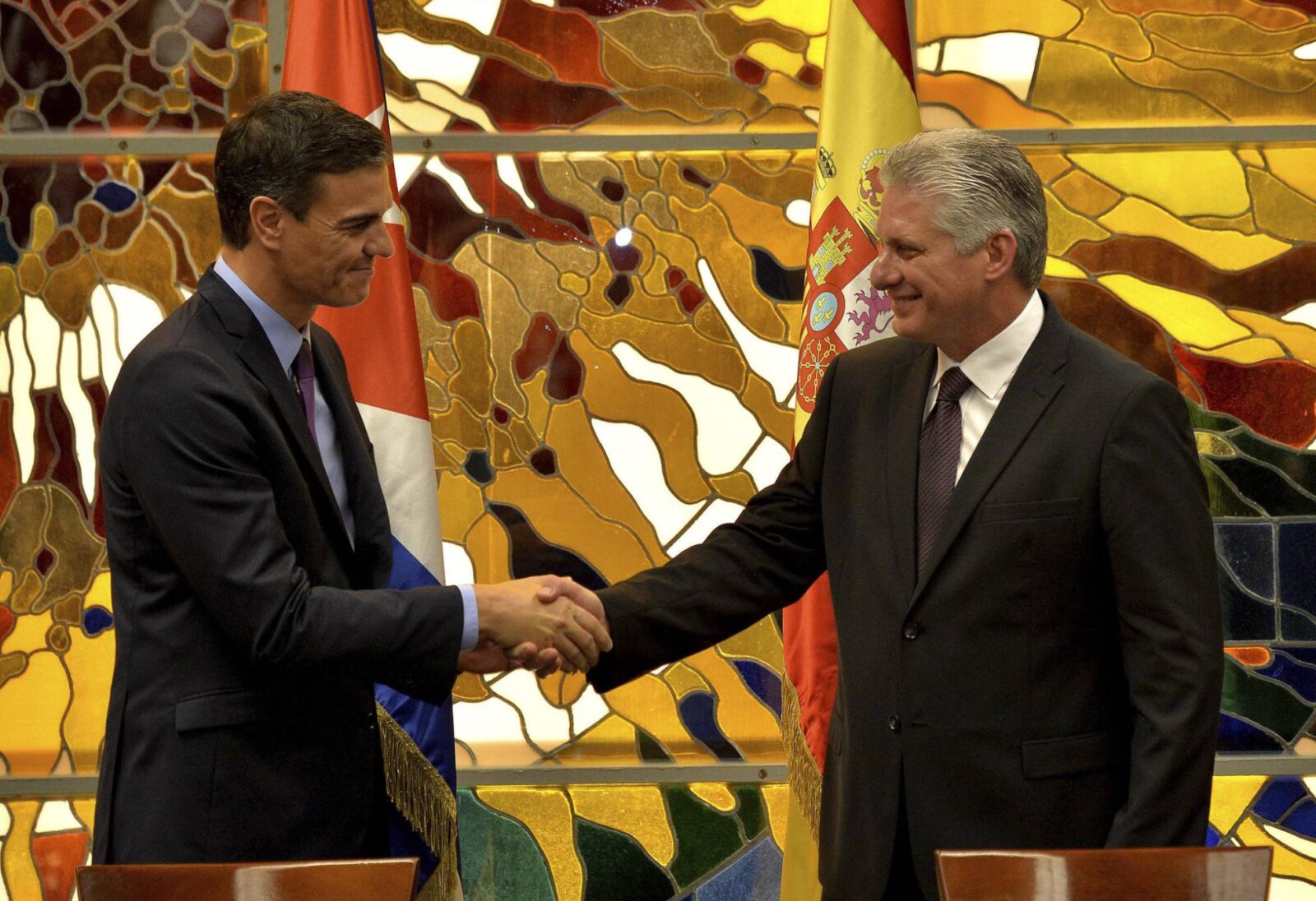 Under the agreement, government representatives from both countries will meet at least once a year to address bilateral, regional and multilateral topics

Spain and Cuba signed a memorandum on Thursday that establishes a regular framework for political dialogue, including “a frank discussion on human rights,” according to Spanish diplomatic sources. Under the agreement, foreign ministers or the secretaries of state for foreign affairs will meet at least once a year to address bilateral, regional and multilateral issues. “It’s not logical that the European Union has a channel for political dialogue with Cuba and Spain doesn’t,” say sources.

The cooperation agreement between the EU and Cuba, which came into effect a year ago, stipulates that they will have regular political meetings on human rights, sustainable development goals and coercive unilateral measures (a euphemism for the United States embargo against Cuba). The last meeting took place in Brussels last Tuesday.

Spain is the first EU country to establish a similar bilateral agreement with Cuba. The fact that it expressly includes the discussion of human rights means that Spain will be able to raise issues like political prisoners and the limits on freedoms in Cuba. It also means that Cuba, for its part, can also question human rights in Spain, according to the sources consulted.

The agreement was reached during Spanish Prime Minister Pedro Sánchez’s historic visit to the island – the first by a Spanish prime minister in 32 years. Sánchez arrived in Havana on Thursday at 4:52pm local time, accompanied by his wife Begoña Gómez, Foreign Minister Josep Borrell and Minister of Industry Reyes Maroto.

During the visit, Sánchez was received by Cuban President Miguel Díaz-Canel at the Palace of the Revolution. According to sources from La Moncloa, the Spanish seat of government, Sánchez expressed the “pleasure it would give the government for the King to come to Cuba in 2019” for the 500th anniversary of the foundation of Havana by Spanish explorer Diego Velázquez de Cuéllar.

Sánchez and Díaz-Canal also signed an agreement on cultural cooperation so that “Spanish culture can be shared normally in Cuba and vice versa,” according to sources from the Spanish delegation. In 2003, then-Cuban president Fidel Castro closed down the Spanish Cultural Center in Havana during his dispute with former Spanish PM José María Aznar, and since then Spanish art and culture have had difficulty reaching the island.

But Sánchez’s efforts to stabilize relations with Cuba may be undone by political instability back home. The main problem is not the insecurity of the government but rather the lack of consensus with the opposition on Cuban policy. Sánchez was harshly criticized by the opposition ahead of his trip. The leader of the Popular Party (PP) Pablo Casado accused him of “cynicism” for targeting late dictator Francisco Franco while visiting a “living dictator,” in reference to Díaz-Canel, while the leader of center-right Ciudadanos reproached Sánchez for his “lack of courage” for failing to meet with dissidents in Havana.

Sources from La Moncloa however argue that it is more effective to work discreetly for greater freedoms on the island than “to take a photo” with opponents of the Cuban government. But they refused to reveal whether Sánchez asked the Cuban president to set free Eduardo Cardet Concepción, the leader of the Christian Liberation Movement, as Amnesty International and the Spanish Senate demanded.

Given that relations with Cuba have become a weapon of a domestic political debate, it will be difficult for current good climate to continue if the Spanish government changes. With Sánchez opening the door to early elections in 2019, even the king’s visit to Cuba may be in doubt. But despite the uncertainty, Sánchez was received with open arms by his Cuban counterpart. The Spanish prime minister is the only European leader to visit Cuba since Díaz-Canel took power in April.

Cuba is at a difficult moment. The arrival of Donald Trump to the White House and the fall of its closest allies in Latin America, including Luiz Inácio Lula da Silva in Brazil, have left the country increasingly isolated. Oil donations from Venezuela have been reduced due to the economic crisis there, and more than 8,000 Cuban doctors have been repatriated from Brazil to protest the new Jair Bolsonaro administration. Although US sanctions on the island are still limited, they make it more difficult for the country to receive foreign investment.