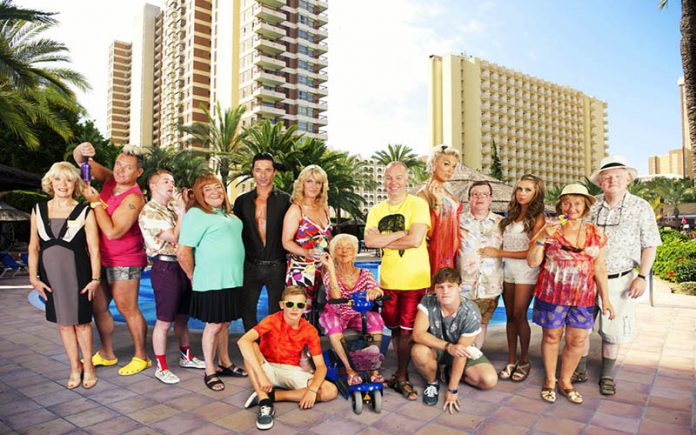 Benidorm, the popular ITV sitcom which was axed from television screens in July, could be brought back as a feature film.

Benidorm writer Derren Litten took to social media to address media speculation that the hit TV show could be revived as a movie.

He confirmed on Twitter that he is indeed in talks at the moment to bring the show to the big screen.

Mr. Litten also confirmed that the proposed feature film will be based on the Benidorm Live stage production which is currently on tour until April 2019 in the UK.

On the Benidorm podcast Mr. Litten said: “I have some news. The news is that in two weeks I’ve got the first meeting about a possibility of Benidorm the movie. That is with film producers and the idea is to take the Benidorm live story and make that into the movie.”

“Basically, I always said I didn’t want a DVD of this live show because I think it’s a very theatrical experience and I think you’d lose a huge amount on the telly. This is different to the TV show.”