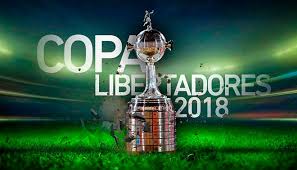 The big-match buzz in Madrid and around the country has nothing to do with Spain’s “clasico.” It’s all about Argentina’s “superclasico.”

The most anticipated match of the weekend will feature Buenos Aires rivals Boca Juniors and River Plate at the Santiago Bernabeu Stadium in the second leg of the final of the Copa Libertadores, South America’s equivalent of the Champions League.

The match — dubbed “The Game of the Century” — was brought to Spain after the second leg was marred by fan violence in Buenos Aires, forcing South American soccer body CONMEBOL to postpone the game twice before deciding to play outside Argentina because of security concerns.

“Hopefully this match at the Bernabeu will help bring a positive end to this final,” said Real Madrid coach Santiago Solari, a former River Plate midfielder.

The teams drew 2-2 in the first leg at Boca’s La Bombonera Stadium.

Spanish league matches will go ahead as planned this weekend, with Real Madrid playing at last-place Huesca about four hours before the Copa Libertadores final at the Bernabeu. Barcelona, Madrid’s “clasico” rival, will defend its lead in the Catalan derby against Espanyol on Saturday.

Boca Juniors had its first practice session in the Spanish capital on Thursday at the training center of Spain’s national team, while River Plate used Real Madrid’s training facilities.

Several cities around the world wanted to host the high-profile match, including Paris and Doha, Qatar. But Madrid was picked after Real Madrid president Florentino Perez talked to CONMEBOL president Alejandro Dominguez and offered the Bernabeu. The Spanish capital is home to one of the largest Argentine populations outside Argentina, and officials felt the city’s rich soccer tradition would help keep interest in the game.

The final prompted changes in the city, including the implementation of extra security measures ahead of the expected arrival of tens of thousands of Argentine fans, but the Spanish league made no changes to its calendar.

Other Sunday matches include Eibar vs. Levante and Real Sociedad vs. Valladolid. Real Betis will host Rayo Vallecano in Seville in a game beginning at about the same time as the Copa Libertadores final in Madrid. The match between Madrid clubs Leganes and Getafe will be on Friday.

Barcelona has a one-point lead over Sevilla, which is two points in front of Atletico. Real Madrid, in fifth, is five points off the lead after 14 matches.