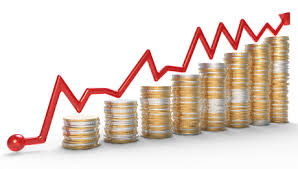 THE promised minimum wage rise will be enshrined in law later this month, the government has announced – and will see an increase in monthly pay for over 6.3 million residents in Spain.

As at the beginning of this year, a total of 34.7% of employees in Spain were earning the minimum wage or less, out of the total of 18.3 million who are in jobs on contracts, as opposed to self-employed.

This translates to an increase in minimum-wage earners of 1.1 million in a decade, despite the number of employees having fallen by a million in that time.

As the income tax threshold starts at €12,000, these amounts are net, as well as gross.

It is not clear whether this is the net or the gross figure, but assuming it is the latter, the average worker earning the new minimum wage will take home €964.50 a month if they receive 12 salaries a year rather than 14.

Spain’s government believes this will ease the financial pressure suffered by the lowest-earning households, and will also increase tax and Social Security (National Insurance) income for the State, as well as spending in general, which will eventually lead to more jobs being created.

The increase, of 22%, was not due to happen until the middle of 2019 as it would take that long for the budget to come into effect – and although pension increases at a minimum of the rate of inflation are also due to start from next summer, these would be backdated to January, whereas salaries would not.

Now, though, the government has decided to bring the wage increase forward to December, meaning the first payment at the higher figure will be received by employees on or around January 1.

To do so, it has had to draw up a Royal Decree, or Bill of Law.

The wage rise was part of an agreement with the left-wing party Podemos as a condition of their approving the PSOE (socialist) government’s budget, and in accordance with this deal, will increase to €1,000 a month – €14,000 a year, being €1,167 a month in 12 payments if this is the net figure or €1,029 if it is the gross figure.

Spanish president Pedro Sánchez initially hinted that if he could not obtain enough backing from opposition parties to approve the 2019 budget, he would consider calling a general election, although he has now clarified this will not necessarily be the case.