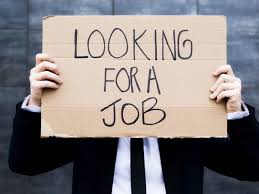 Spain’s Socialist government said Friday it would inject two billion euros ($2.3 billion) into fighting sky-high youth unemployment in a country where one in every three youngsters is out of a job.

“We need our youth,” Labour Minister Magdalena Valerio told reporters, pointing out that many people in their 20s were “dependent on their parents, and sometimes their grandparents” due to a lack of opportunities.

Unemployment in Spain has slowly been dropping since the economic crisis, but at 14.55 percent remains the second highest in the eurozone after Greece.

Youth unemployment, meanwhile, currently stands at 33 percent and the government wants to reduce it to 23.5 percent within three years.

To tackle this, the government announced it would spend two billion euros over three years to better train the under-30s in languages and digital skills, and provide improved guidance.

It also wants to promote training programmes that come with a promise of employment at the end, by working hand in hand with companies.