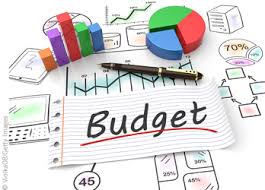 Spanish president Pedro Sánchez has promised high-speed AVE rail links, motorways, greater employment, and social housing during his last six months of talks with regional governments in a bid to get the 2019 budget signed off.

He pledged a helicopter service between the Spanish enclave of Ceuta on Morocco’s northernmost tip and to dismantle a nuclear waste plant in the province of Cuenca, Castilla-La Mancha.

Improved rail links in the Comunidad Valenciana – which has no unbroken public transport connection along its heavily-populated coast, despite being a Mecca for some of Spain’s largest summer tourist communities – and for Madrid, Extremadura, Asturias, Castilla-La Mancha and Murcia have been agreed, although funding is not necessarily guaranteed.

At the very least, Sánchez has agreed to fund the requisite feasibility and environmental impact studies or the drawing up of plans before the end of 2021, even if the cash is not there for all the promised train lines to be on track by then.

New highway networks for the Balearic Islands, Murcia and Ceuta have also been pledged.

Hospitals, GP surgeries and social welfare have been some of the most-requested funding areas, and among other regions, Castilla-La Mancha and Castilla y León have been guaranteed €57 million and €38m respectively in this and next year’s budgets for social housing.

Arts and entertainment funding will include cash for celebrating the 1,300th anniversary of the founding of the Kingdom of Asturias, the 2021 Xacobeo Year of Culture in Galicia, and financial boosts for the Comillas Foundation in Cantabria and Valencia’s Modern Art Institute (IVAM).

Several requests have been left unanswered so far – the Basque Country wants to manage its own Social Security pot, which covers pensions and healthcare, whilst Galicia wants the AP-9 motorway to be toll-free immediately and Madrid wants a refund of half a billion euros which it says has overpaid to the State.

No promises have been made for Catalunya’s request for a legal independence bid, and it looks unlikely this will ever be agreed.

Catalunya and the ‘Slovenia model’

With just 84 seats in Parliament out of a total of 351, Sánchez’s PSOE (socialist) party needs as much backing as he can get, which includes that of Catalunya’s pro-independence brigade – a potential stumbling block as his cabinet has already locked horns with the region’s president, Quim Torra, in the last week or so.

Torra has proposed Catalunya’s breakaway follow a ‘Slovenia model’, which has sparked upset in Madrid – and elsewhere in the country.

Slovenia unilaterally declared independence in 1991, which led to a week-long war with Belgrade sending in the Serbian Armed Forces, leaving 74 dead – 12 of whom were foreigners – and over 300 injured.

It was this which sparked the Balkan War – the most bloodthirsty in Europe since World War II – and led to over 200,000 deaths and hundreds of thousands of refugees fleeing the former Yugoslavia.

Politicians in and out of Catalunya from left to right have slammed Torra’s comments as ‘irresponsible’ and ‘insensitive’.