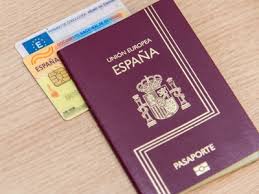 The number of requests has tripled since 2015, the year before the UK voted to leave the EU

An increasing number of British people have applied for Spanish nationality since the United Kingdom voted to leave the European Union in a process known as Brexit.

According to data from Spain’s General Department for Registries and Notaries, 166 Britons requested Spanish citizenship in the first 10 months of 2018. While the number is low compared to the 10,067 requests from Moroccans and 2,001 from Venezuelans, it is more than triple the 50 requests made by British nationals in 2015, the year before the Brexit referendum.

This puts Britons in fourth place on the list of EU members who want Spanish citizenship, coming in after Romanians, Italians and Bulgarians.

The General Department for Registries and Notaries warns that the data is not comprehensive, as it does not include applications filed in person. But while the figures may be partial, experts believe they show a clear trend. In 2015, the UK ranked seventh in number of applications, tied with Germany. This year it is in fourth position and it is the only EU country to show a rise in requests for Spanish citizenship in the past three years.

More British people live in Spain than in any other country in the EU. This community of 250,000 has dropped significantly since its peak of almost 400,000 due to the fall of the pound against the euro, which affected the purchasing power of British pensioners living in Spain. Statistics have also been updated.

Uncertainty continues to weigh over the future of British people living in Spain, with the Draft Withdrawal Agreement drawn up by British Prime Minister Theresa May and the European Union hanging in doubt and the option of a soft Brexit on March 30 looking more unlikely.

When the UK leaves the EU, British citizens will no longer be able to vote in or run for municipal or European elections on May 26, 2019. This will affect 37 British councilors who are currently in office (19 in the Valencia region, eight in Andalusia and the rest in the Canary Islands, Balearic Islands, Catalonia, Castilla y León, Castilla-La Mancha and Murcia). British politicians represent 43.5% of all foreigners elected in the 2015 municipal elections, according to data put together by center-right party Ciudadanos.

Even more of an issue for British migrants is conserving the right to residency, work and healthcare. Although these will be protected under the Withdrawal Agreement (if it is approved), the only way of completely guaranteeing the benefits associated with belonging to the EU is to acquire nationality from an EU country.

Spain allows dual nationality for people from Latin America and other countries with a historic link to Spain such as Equatorial Guinea or the Philippines, as well as Portugal and Andorra. But this does not apply to the UK. In theory, British people who want to become Spanish must renounce their citizenship, but in practice there is little control over those who keep both their passports.

The Justice Ministry admits there is a huge backlog of citizenship applications(more than 400,000 are still pending) and has put together an action plan to tackle the problem.