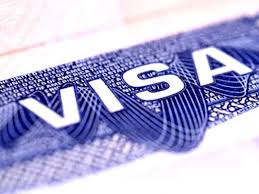 Europe should produce ‘humanitarian visas’ for potential refugees to keep them out of the hands of the mafia, says a Spanish MEP.

Juan Fernando López Aguilar, from the PSOE (socialists) – the same party currently in government in Spain – says migrants who would normally put their lives and life’s savings at risk to travel to Europe on dangerous, unseaworthy crafts or succumb to the false promises of human traffickers ought to be able to request an emergency entry card from embassies or Consulates representing EU member States.

These ‘humanitarian visas’ would allow them entry to European territory so they could apply for asylum.

Historically, would-be asylum seekers have had little choice but to enter countries illegally since there is no legitimate way of their doing so, and national authorities recognise this in accordance with the terms of the 1955 Geneva Convention on refugees, meaning ‘unlawful’ entry to a third State is not normally considered a criminal offence where a person’s intention is to apply for asylum.

Entering a country ‘illegally’ is often only possible with the help of criminal organisations, including traffickers, whose practices are responsible for thousands of lives lost in transit.

“The number of deaths in the Mediterranean is unacceptable,” López Aguilar says.

Europe’s budget for handling the migrant crisis has doubled this year, and the fact that MEPs voted in favour is ‘a major political sign’, López Aguilar considers, since it ‘helps provide a more human response’ to the issue.

“Around 90% of people granted asylum in Europe have entered the continent illegally,” the Spanish MEP quotes.

“We need to establish legal and safe methods to allow them to get here, and it’s clear we have lots to do in order to help them.”

‘Humanitarian visas’ would not automatically allow migrants to arrive in Europe and stay put, but would let them get there safely so they apply for refugee status, which may be granted or denied as immigration authorities see fit.

The idea is that, as the migrants intend to travel to Europe anyway and will do whatever it takes to reach the continent in a bid for a better quality of life – or simply to survive, if they are escaping war or persecution – it is crucial to give them a safe way of getting there rather than allowing them to risk drowning, or being forced into sexual slavery.

López Aguilar’s proposal won 429 votes in favour to 194 against, with 41 MEPs abstaining.

The photograph shows a rescue mission by the Spanish refugee charity ProemAid, carrying migrants in the Mediterranean to safety on the Greek island of Lesbos.