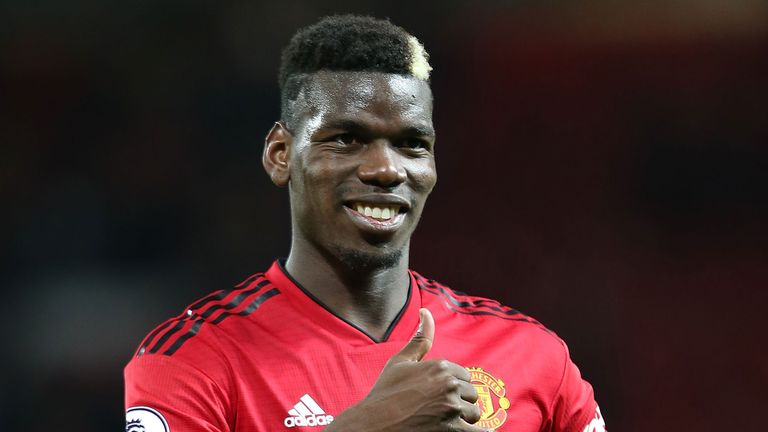 Paul Pogba will return to the starting line-up as Manchester United travel to Valencia, having already qualified for the last 16 of the Champions League.

The midfielder has not started the last two games following a reported argument with manager Jose Mourinho after the 2-2 draw with Southampton.

However, with United already secured of a place in the next round, Pogba is set to start against Valencia along with Andreas Pereira and Scott McTominay.

Academy players Mason Greenwood and James Garner, both 17, could also feature as they have made the trip to Spain.

United ensured they will qualify from Group H with a 1-0 win over Young Boys in their last match and could finish top if they beat Valencia and Juventus do not win against Young Boys.

United beat Fulham 4-1 in the Premier League at the weekend and travel to leaders Liverpool on Sunday, live on Sky Sports.

Valencia are guaranteed to finish third in Group H and qualify for the Europa League whatever the result.

Former Arsenal defender Gabriel Paulista could miss out for Valencia after going off with injury in Saturday’s 1-1 draw with Sevilla.

Jeison Murillo and Kevin Gameiro are also likely to be out while full-back Jose Gaya is suspended.

Manchester United are set to make changes ahead of their clash with Liverpool.

Eric Bailly returned to training on Tuesday but Anthony Martial, Luke Shaw and Chris Smalling were all absent.

Goalkeeper Sergio Romero is set to replace David de Gea while defenders Diogo Dalot and Matteo Darmian could be rested and Victor Lindelof and Alexis Sanchez are definitely sidelined through injury.