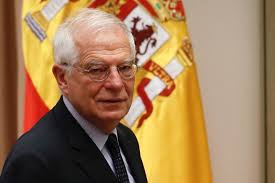 Foreign Affairs minister Josep Borrell has said that he believes that Brexit will happen, however he’s not sure whether Theresa May will be the Prime Minister when it happens.
Speaking shortly before Mrs May won a vote of confidence in parliament last night, he said that he expected there would be a general election before the UK leaves the European Union, but was uncertain who would be the winner.
Borrell went on to say though that he expected that the UK would leave the bloc in March, and that he was one of those who would not renegotiate the withdrawal agreement.

Meanwhile, the PRESIDENT of the Valencia region has been in London this week to meet Spain’s ambassador to the UK over the ‘uncertainty created by Brexit’.

After the meeting Ximo Puig announced that the region will set up three forums – for agriculture, tourism and industry – to offer information to businesses, associations and farmers.